Snipperclips – Cut it Out Together! Review 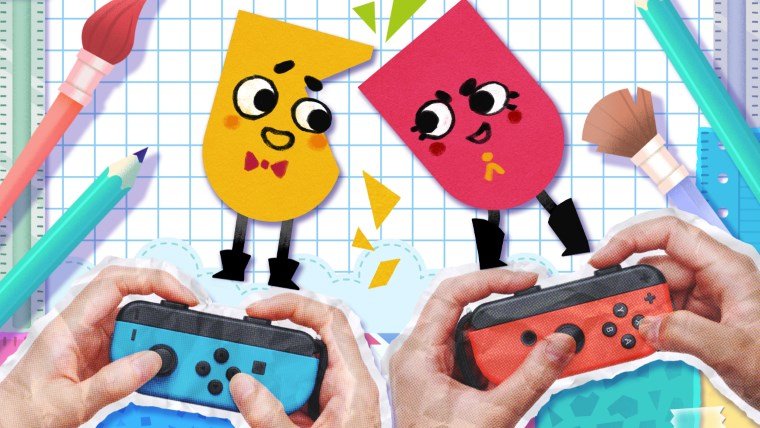 The launch of a brand new gaming console usually follows a set formula. You have the big killer app, the game that everyone will buy the system just to play. And then you have a bunch of second rate games that might be OK, but you wouldn’t normally buy them on their own. The Nintendo Switch has surprisingly broken this formula with Snipperclips – Cut it Out Together!, a game that, were it not overshadowed by Zelda, would be seen as a legitimate reason to buy the Switch, if only it had more content to keep you playing.

Snipperclips tasks anywhere from one to four players with figuring out and solving a 2D puzzle. This usually consists of carrying an object to a goal, fitting yourself or something else into a specific shape, or cutting something in the right ways. Cutting is, as the name implies, a huge part of Snipperclips. You see, your character is a piece of paper, as is a lot of the world around you. There are always at least two characters on screen, and the way you solve most puzzles is by rotating your character and cutting each other to fit the task at hand.

In gameplay terms, this simple mechanic is a joy to use. Working with another player you will have to figure out what needs to be done, discover a shape that will help you accomplish it, then work together to cut one of you into that shape, usually forcing the other player to take a different shape and perform a different task. It involves every part of puzzle solving on a number of levels, and then it adds a communication layer on top. 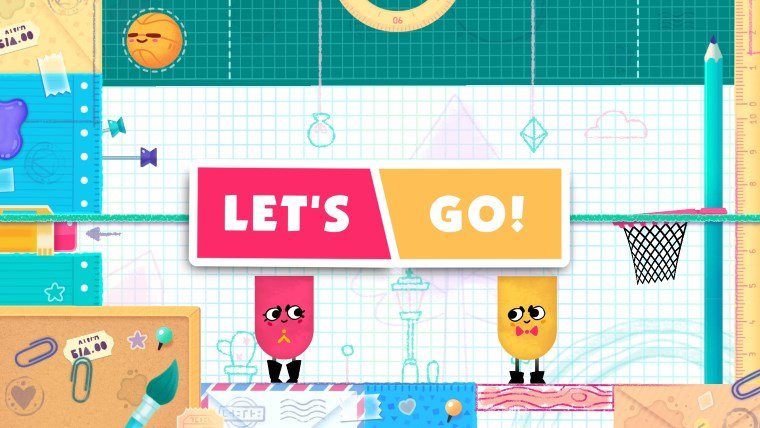 Playing with just two players, it’s tough for any one to become the Quarterback, barking out orders and solving the puzzle all on their own. Each player has different things to do, and usually it takes some inventiveness to accomplish them. Is there a button way up high that needs to be pressed? One player will have to serve as a ladder, while the other pushes the button, but it’s recessed into the ceiling, so first the player on top needs to be trimmed down to fit. Then when he presses the button something else will happen and both players need to react, often quickly.

Snipperclips – Cut it Out Together! is a fantastic launch game

The main campaign has multiple worlds with a decently sized set of puzzles to work through. Here you can play with a single partner or by yourself, switching between the two characters at will. This is one of Snipperclips’ two main flaws. Without two players the game is just not as fun, and in the larger player modes, if you don’t have even sets of players it can be a pain as well. The game does its best to work through these problems, and it does an admirable job, but if you will only ever play the game by yourself it does lose some of the magic.

The puzzles are almost universally fun, and aside from the first few training missions they definitely offer a challenge. The difficulty can ramp up a bit if you run into a puzzle that you don’t understand. Snipperclips also could do a better job of explaining some of the more complex mechanics, such as a puzzle that gets introduced with little fanfare, which features some totally new concepts for the game. Discovering the mechanic is fun, but don’t be shocked if you start a new level and feel totally lost for a minute or two.

The “campaign” stretches for three worlds with a good number of levels in each. They’re somewhat themed, though this changes the game little more than a coat of paint and some general alterations to the puzzles. Unfortunately this leads to the second overall problem with Snipperclips, which is that it’s rather short. Costing only $20 at launch, it does offer up enough content to justify its price, but once you get hooked on the gameplay you’ll be disappointed once the experience is over. And as it’s so heavily reliant on discovery, trial and error, and deduction, there is little replay value here. 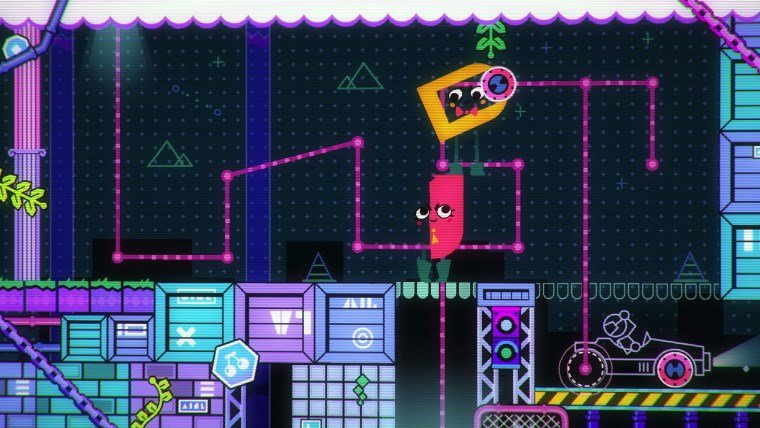 Thankfully the main mode is not all that Snipperclips offers, and while the two other game modes don’t fully expand the content to AAA levels, they definitely give you more of the gameplay that should have addicted you in the main game. Expanding the player count up to four, the multiplayer co-op mode offers larger and more complex puzzles, while giving more players more things to do. Getting four players together to play this might be tough in today’s gaming community where online is king, but if you do you will spend an hour or two laughing, yelling at each other, and generally having a great time.

The addition of more players definitely adds to the game, and Snipperclips does a good job of keeping everyone involved. This sometimes involves separating players into teams of two, while most levels have everyone together. This can lead to a quarterback forming, or someone not really knowing what they’re doing and just being bossed around by others, but that’s a matter of the players, not the game’s design.

Finally there’s a competitive multiplayer mode that gives you more replay value, but by serving up the worst part of the game by far. Three games are included here with fighting, basketball, and hockey, which go from pretty fun to totally skippable in that order. Dueling is not a very balanced affair, simply having up to four players trying to cut each other to shreds. Despite this lack of true balanced competition though, it is actually a good amount of fun, with players running, jumping, crouching, and rotating all while trying to snip away at their enemy. Basketball can be a fun game, especially with four players, but it’s still a bit random and getting the ball to the goal can often come down to who gets unlucky first. Hockey is just not a good addition, but it doesn’t bring the game down any. 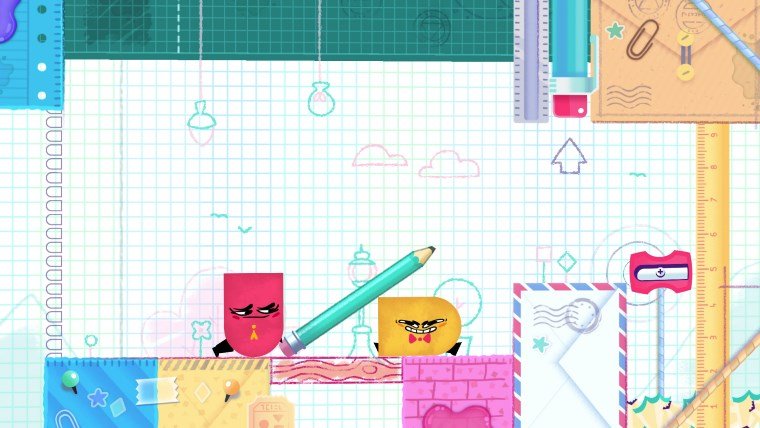 And all of this talk of gameplay doesn’t even get into Snipperclips’ strongest element; it is damn cute. It won’t win any awards for high quality visuals, instead it just presents you with a flat environment of paper. But what it skips in technical prowess it makes up for in style. The characters look hilarious and their many mannerisms, facial expressions, and quirks will have you laughing out loud throughout the game.

Snipperclips – Cut it Out Together! is a fantastic launch game for the Nintendo Switch. It plays perfectly into the console’s hybrid nature, while also hitting on the local multiplayer that Nintendo still does so well. It is cute, colorful, vibrant, and most of all fun. The puzzles are challenging and allow for a lot of communication between players, and the larger co-op mode is even better. If you have someone else to play with, it should be near the top of your to-buy list for your brand new console, right below Zelda of course. If only it had more content, it’d be worth a higher price tag.

Snipperclips - Cut it Out Together!

Home / Game Reviews / Snipperclips – Cut it Out Together! Review