The latest news in the world of video games at Attack of the Fanboy
February 28th, 2015 by Kyle Hanson 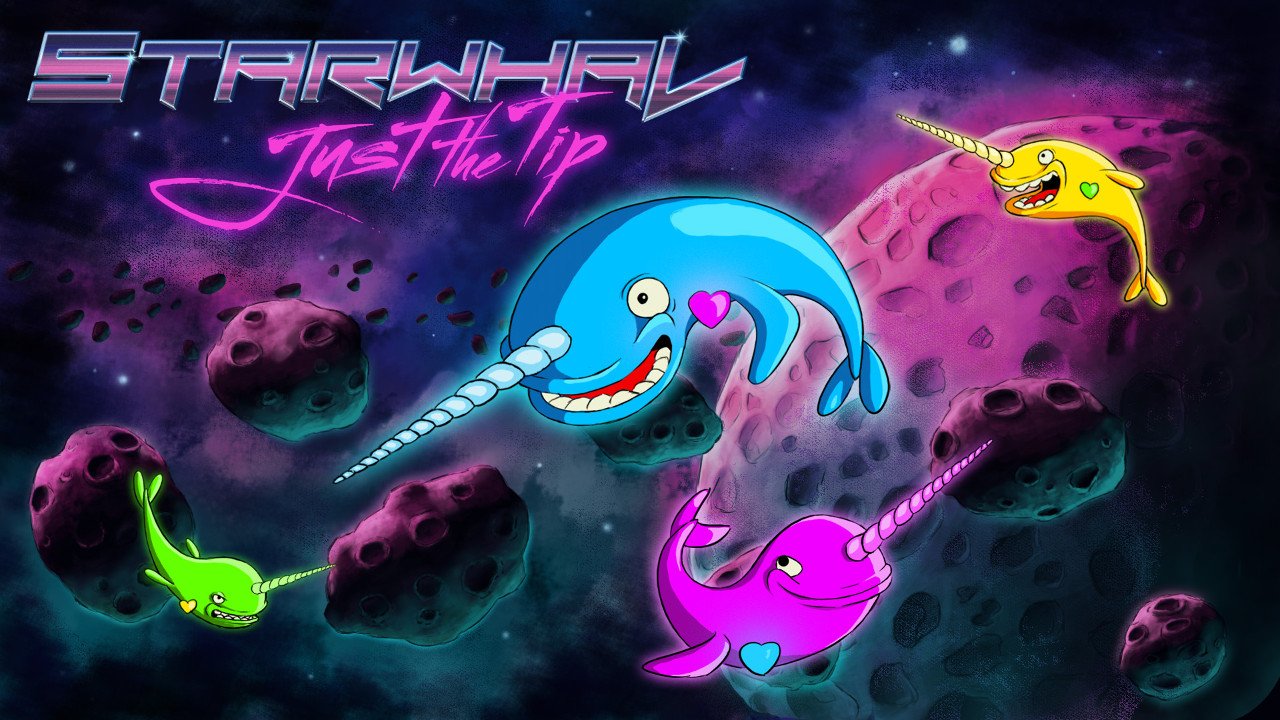 As we’ve said before, there is currently a very enjoyable resurgence of games that heavily feature local multiplayer. Games like #IDARB, Super Smash Bros., and Nidhogg have come along and brought gamers back together in the same room to beat the crap out of each other. Starwhal: Just the Tip, by indie developer Breakfall, was right out in front of this wave of nostalgic multiplayer fun with its PC release last year. Now it is available on the PlayStation, bringing its unique brand of chaotic action to the living room, where it really belongs. With a few changes for the console release, Starwhal holds up well in the more competitive marketplace, making for a worthy addition to your party game lineup.

Starwhal is not the kind of game that takes itself too seriously, in fact it largely does the exact opposite throughout every facet of the title. You and up to three friends control a starwhal, which is essentially just a narwhal that flies through space. In most of the gamemodes you will be trying to use your horn to stab the heart of your opponents. Others have you hitting targets and navigiating maze-like levels, but the core of the game is to get four starwhals into one arena, flopping around, and trying to stab each other in the heart.

This basic setup is used to great effect thanks to the aforementioned lack of seriousness that permeates the entirety of Starwhal. Something about watching giant whales fly through space as they flail around wildly just never gets old. Having your friends around enhances the experience greatly, creating a game that will fill the room with laughs for hours on end. At the core of the game is the control scheme, which many will find frustrating, but ultimately creates the fun that will keep you coming back to Starwhal whenever you need a quick bout of gaming action.

Starwhal is not the kind of game that takes itself seriously, in fact it largely does the exact opposite throughout every facet of the title

As you control your starwhal you can propel them forward and move the horn up and down causing your character to flop around. This is it as far as control options go. You’ll miss your mark, you’ll fly in the wrong direction, you’ll even slam yourself right on top of the horn of your opponent. Strategy and accuracy are not the point here though, the point is to simply have fun. And you will, if you’re able to disregard your more competitive nature and just enjoy the game.

For those seeking to actually test their skills there are the Challenges. 32 different levels full of obstacles and other navigational hazards are available. Each one has a leaderboard that tracks your best time, allowing for some competition between friends, or with other players online. Finishing these levels won’t take you too long though, maybe an hour or two, but getting good at them and earning all of the top medals will require a lot of dedication. Still,  more challenge levels would have definitely alleviated the feeling that Starwhal is a bit anemic in content for those that are seeking a more solitary affair. 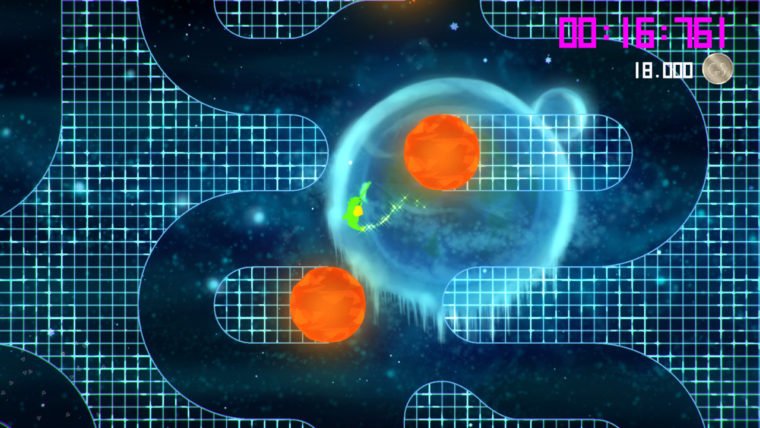 Most of your time in Starhwal will be spent in the standard multiplayer arena though, and here is where the game truly shines. Featuring four different modes to choose from, and over 25 arenas to do battle in, the versus mode will dominate your play time, and for good reason. Getting all four players together and battling it out is really the point of playing Starwhal, and the fun found in this mode will be what brings you back time and time again.

Each of those times can be a little different too, thanks to the many customization options in the game. Choice is a major selling point in Starhwal. If you get tired of the standard survival mode then switch it up and try Starwhal’s versions of capture the flag, deathmatch, or territories. You can also customize your individual starwhal in tons of different ways. Are you a fan of T-Rexes and sushi? Wizards and bears? Combine them all together to make your perfect avatar as you fly through space, stabbing your friends in the heart.

The art style and music also elevates the game above what it otherwise could have been. There is a definite eighties vibe throughout Starwhal, with its cyber arenas and neon color scheme. Running at 1080p and 60 fps (30 fps on PS3) certainly helps keep the action fluid and easy to track, despite the frenetic way it all plays out. The techno soundtrack thumping in the background augments the overall feel of the game well, creating a retro style that is easy to appreciate. 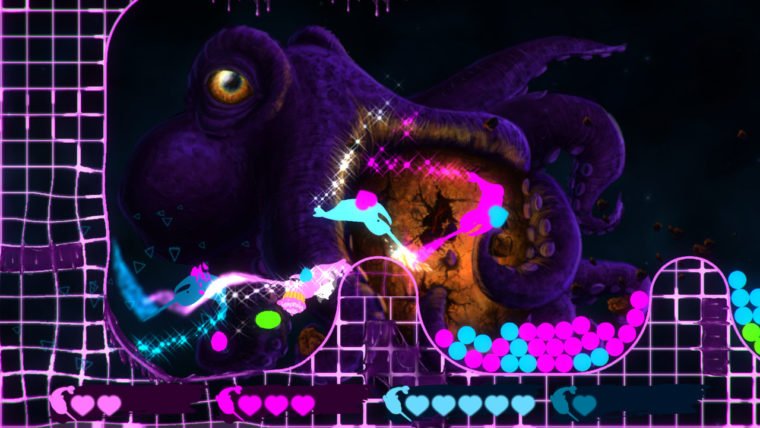 Little elements are sprinkled throughout Starwhal that serve to enhance both the chaos and the fun. One of the best parts of the four player battles is that time will slow down whenever a player is close to stabbing another. This allows the attacking player to make small adjustments for their strike, while letting the defender try to dodge out of the way, all while putting focus on the action, which otherwise would get lost in the mayhem.

The only real problem with Starwhal is that it focuses so heavily on the couch multiplayer experience. Without a doubt, having four friends together all playing at the same time is ideal, but some consideration should have been made for those that simply can’t get that type of set up. Aside from the leaderboards for the challenge modes, there is no online element of Starwhal. The only way to play the versus mode without some friends in the same room is to play against AI opponents. These do a serviceable job of playing the game and keeping it fun, but it’s never the same as facing off against real people.

Starwhal is yet another great addition to the local, couch multiplayer genre. The action is appropriately hectic and fun, while keeping the game light-hearted. Players that just want to load up a game, play against their friends, and not really worry about strategy or tactics will thoroughly enjoy Starwhal. However, if you can’t get four people to sit down in the same room for a few hours, or simply prefer a solo experience then Starwhal might not be for you.