The latest news in the world of video games at Attack of the Fanboy
May 26th, 2017 by Kyle Hanson 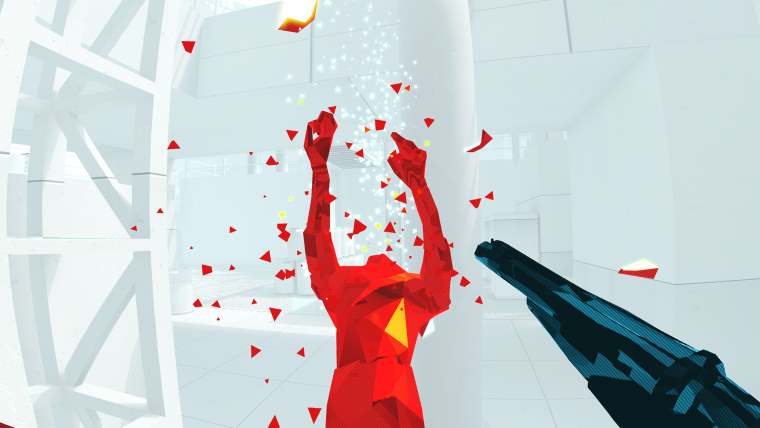 Superhot was a fantastic and unique shooter when it was released in non-VR form in 2016. Despite being released without any VR content, the storyline and gameplay pretty much screamed “play me in VR”. Now you can, with Superhot VR, which is actually a totally new creation, built from the ground up for virtual reality gaming. It works just as well as you would have expected, and delivers one of VR’s best shooters yet, despite the usual caveats.

The main conceit of the Superhot series is that nothing happens unless you move. The game takes place in a virtual world, and time stops as long as you are standing still. This worked well with controllers or mouse & keyboard, but the question was, how well would it handle VR motion controls. It turns out that it works pretty well.

Not perfectly, as the action seems much less controllable in VR than in its original form. With the first game I could totally stop moving, and plan actions as necessary. Here it feels more like a fancy slow motion mechanic, rather than a full time stop. I’m likely still moving and just can’t notice it as easily, but it still impacts the action a bit. 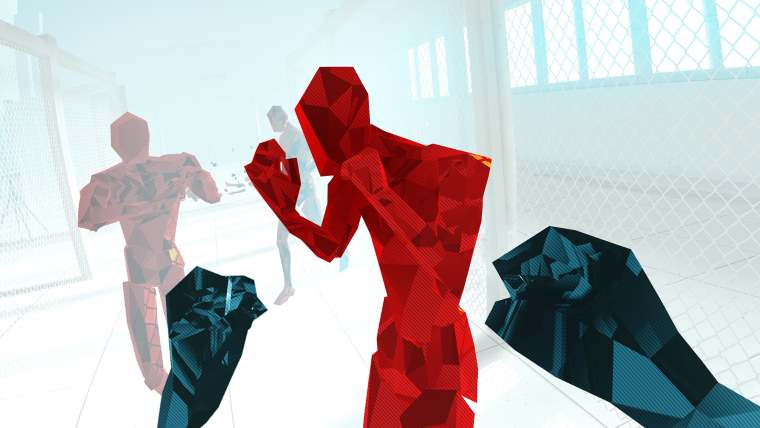 Everything else about the game is wonderfully enhanced by being in VR. Picking up weapons using the grip handles of the Vive controllers makes a lot of sense, once you get used to it. Firing off shots, then twirling to hit enemies all around you feels fantastic. People said that the first game made you feel like a true action hero, like Neo or John McClane. Superhot VR fulfills this and more, by actually putting you into the action.

Superhot VR is one of the best VR experiences available

So many things about Superhot VR work to enhance this feeling. Levels are built around fluidity, with each action leading to another, and so on. For example, you’ll load up a level to see four enemies around you. Punching the two nearest will cause them to toss their weapons into the air. You can then snatch them as they fall, aim each at the other two, and fire. This will then just be one small section of a larger level, which will have multiple moments like this.

The levels themselves are well crafted, though the fun stuff doesn’t kick in for a few of them. If you have played Superhot then the initial few minutes will feel a little slow, but things will only get better from there. The main campaign is a bit short, only clocking in at a couple of hours. The replay value of it isn’t perfefct, but it’s pretty solid. You can always look for new weapons to use, or new ways to take out the enemies.

Luckily this isn’t all that Superhot VR has to offer though. Once you complete the campaign you will unlock new Endless and Challenge modes that will let you keep coming back for more. They aren’t as finely crafted as the campaign, and will feel a bit like padding, but it’s enough to help soothe the pain of such a short main gamemode. 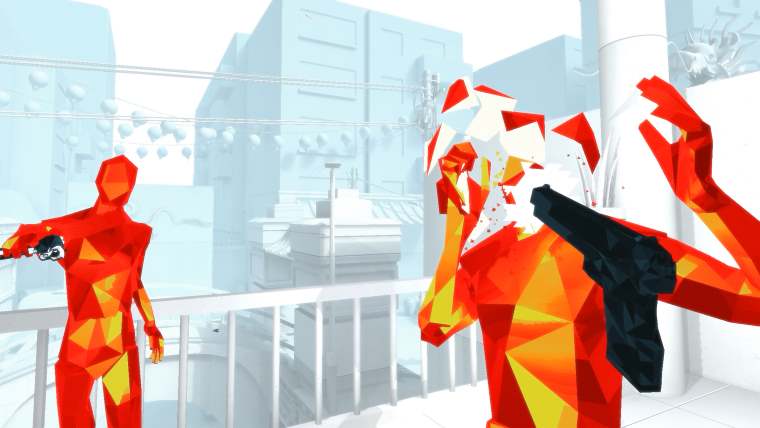 The rest of Superhot VR is pretty much the same as seen in its non-VR format. If you haven’t played the original game, then you should probably just go ahead and pick it up. It features a slick, minimalist art design that exudes style. It features a great soundtrack, full of techno beats that will keep your blood pumping even when the action isn’t at top levels. And the story loves to mess with your head.

This all carries over perfectly to Superhot VR, with a bit less focus on the reality warping story. The stark contrast of red enemies over the all white background helps focus in on the action, while crafting a visual experience like none other.

One important thing to note about this exact version of Superhot VR is that it comes after a lengthy delay as the game became an Oculus Rift exclusive. Any worry that something would be lost in the transition should be laid to rest, as the Vive handles the game perfectly. The controllers even work exceptionally well, serving as throwing stars, knives, and guns without any trouble. You’ll be swinging them around frantically at times, and despite them being heavier than the Oculus Touch controllers, you won’t have any real problem. 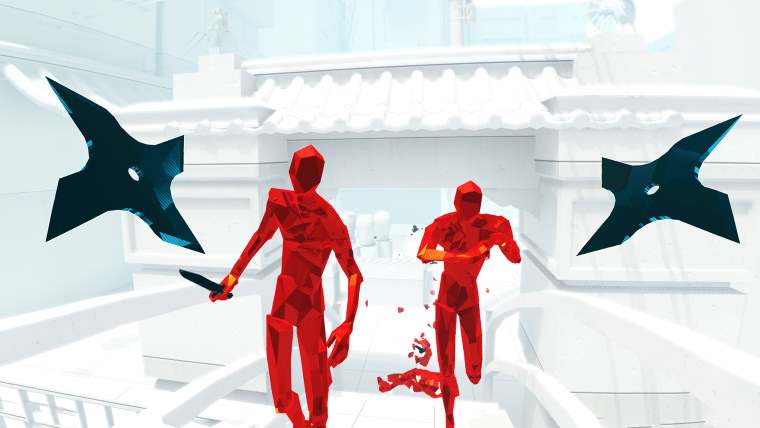 As for VR gaming as a whole, Superhot VR fits neatly into the patterns we’ve seen from the medium so far. It’s a fantastic and fun game, delivering immersion like few games out there. It delivers on the promise of putting you into the role of an action hero, but it still has the same limitations of other VR titles.

The aforementioned short campaign length should surprise no one who has followed VR gaming trends. The extra modes help this, but stick to what we’ve seen before, such as waves of enemies. Superhot VR does a fare better job of overcoming these problems than other games, with multiple challenge modes that add replay value, but it still feels a bit lacking when seen as a whole. This is no tech demo though, it is a full game, just a smaller one than you might wish for, especially given how enjoyable the experience is when it’s hitting all the right notes.

Superhot VR is one of the best VR experiences available. It’s campaign is pure glee for those seeking an action experience. Its formula simply works perfectly in VR, and the developer knew it going in, allowing them to explore great new mechanics and craft a fantastic experience. It still has some things holding it back, such as the shorter campaign, but extra modes and challenges make up for this well. If you have a VR headset then you owe it to yourself to grab Superhot VR.