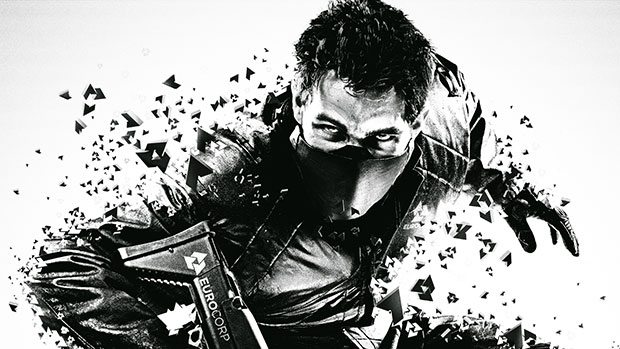 Drawing from the source material, Starbreeze takes us into the future in Syndicate. It’s a future where Corporations govern the world and do battle with one another for “market share”. These battles aren’t in board room meetings or shareholder votes though, these “hostile takeovers” are handled by augmented super soldiers that work them. You play as Miles Kilo, the newest prodigy for EuroCorp. You’re outfitted with a spectacular array of weapons and enhancements that simply put, give you an easy button into your enemy’s brains. Unfortunately, this augmented super-soldier routine has been done before, and has been better realized from a story telling perspective in other, better, games.

That being said, Syndicate is definitely not going to win any awards for its gripping narrative. However, Syndicate is a rather superb first person shooter. The straight forward shooting mechanics tie in nicely with the Dart 6 system to give a seamless, fast paced yet measured gameplay experience. The game will have you carefully planning out your attacks as you use your augmentations to disable enemies as you clear a room. At the simple press of a button, you can temporarily disorient your enemies by making their weapons backfire, hack into the neural system and have them work for you, or even have them commit suicide. String that together with a time slowing effect and you can enter into some pretty impressive battles that really make your character feel like a badass.

Alot of the fun comes from the mastery of these tools. There’s plenty of trial and error involved with many of the levels in Syndicate and that includes hand-wringing mini-boss battles that’ll require you to perform optimally for a chance to survive. Almost to a fault, Starbreeze leaves little room for error on the Normal and Hard difficulty levels in Syndicate. There were quite a few times in the game where I felt way overmatched on first run, and by completion, had whisked through what I once thought impossible. This style of design for a shooter is definitely one that will feel more rewarding than just fighting wave after wave of increasingly difficult enemy.

Alongside the great gunplay, Syndicate is also presented extremely well. The svelte package is dressed from top to bottom with future tech motif. Lighting effects are in-particular exceptionally well done and make what could have been a rather drab affair, is both colorful and entertaining from the visual perspective. There’s a nice mix of environments that both the single player and online cooperative mode will take you to see, and Starbreeze does a nice job of mixing it up when it comes to locale. As a whole the presentation of Syndicate is top-notch, and for a game that was promoted as little as it was, it looks exceptional.

The single player story will conclude somewhere between 7-10 hours depending on what skill level you decide to go with, and how often you die. As explained above, it’s not the best tale that’s ever been told, but the how you get their is all the fun in Syndicate. Once done though, a whole new world of competitive cooperative play opens up. Again, the online suite is surprisingly robust in Syndicate. You can form your own syndicates and track your progress over time, and level your characters with numerous augmentations specific to the mode. Earning points by completing objectives in the cooperative mode will allow you to purchase these augmentations, level weapons, and raise your “stock price”. The cooperative mode has a lot to offer in terms of features, but in terms of gameplay, it’s fairly straight forward with how it plays. You and up to three other players can choose from nine locations, where you’ll be completing a predictable and familiar set of tasks in each. It’s great fun for a group of friends, but with little deviation in the gameplay, Starbreeze is banking on the leveling system to keep you coming back for more.

While some might’ve scowled at announcement of this classic franchise being remade as a first person shooter, Starbreeze gets this portion of the game explicitly right. The exceptional core first person shooter gameplay behind Syndicate really makes it stand out against other me-too shooters.