A fun and action-packed follow-up to the Wii cult classics. 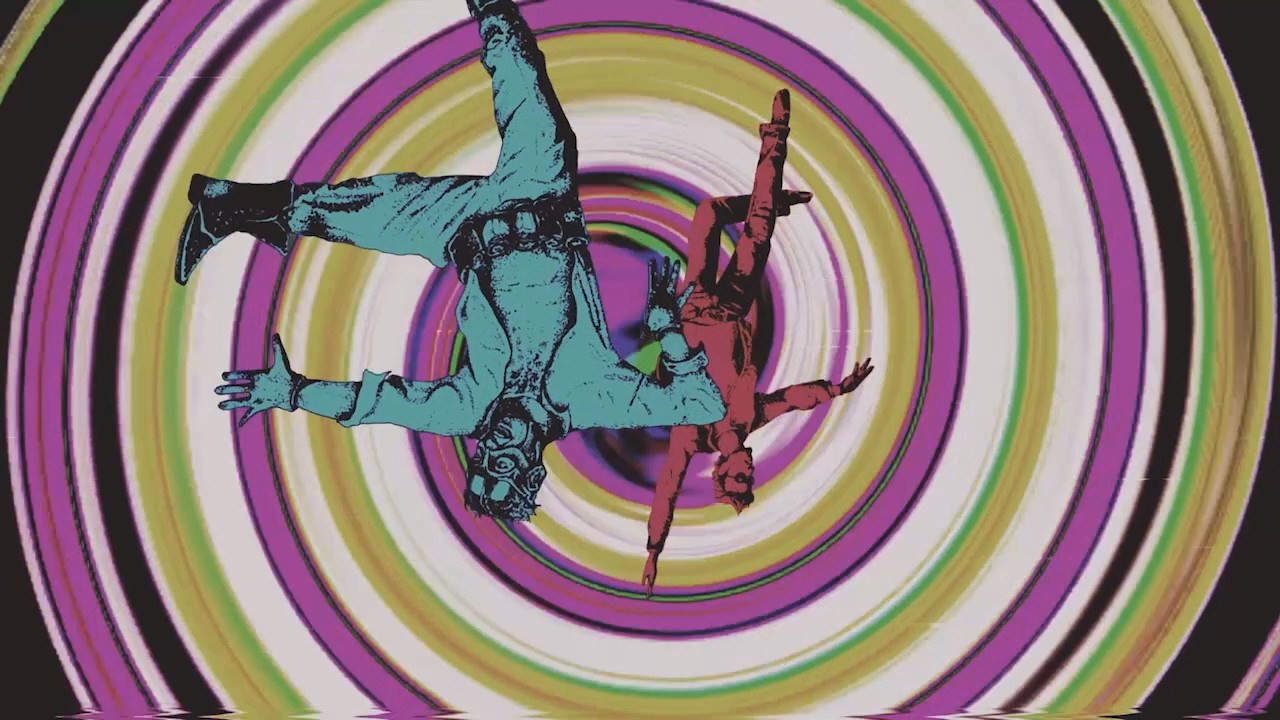 The No More Heroes series has always been a cult favorite among Nintendo fans. Coming from the famed developer Suda51, the series was unique, to say the least. While many were anticipating a full-blown sequel on Switch, Suda has once again surprised everyone by going a totally different way. What we end up with is  Travis Strikes Again: No More Heroes, a spinoff of sorts that still stars the titular Travis Touchdown, but it plays like something wholly new and distinct. Is the magic of No More Heroes still present in this wacky adventure into gaming history?

Picking up with Travis in a self-imposed exile of sorts, Travis Strikes Again: No More Heroes doesn’t really follow the story of the cult classic Wii titles. Instead it uses them as a jumping off point for a side adventure involving a magical game console known as the Death Drive MK-II. What starts as a fight between Travis and Bad Man, an assassin bent on revenge for Travis’ supposed murder of his daughter, quickly changes once the nature of the mystical game console is understood. What follows is a trek through six unique “games” all inspired by different genres. 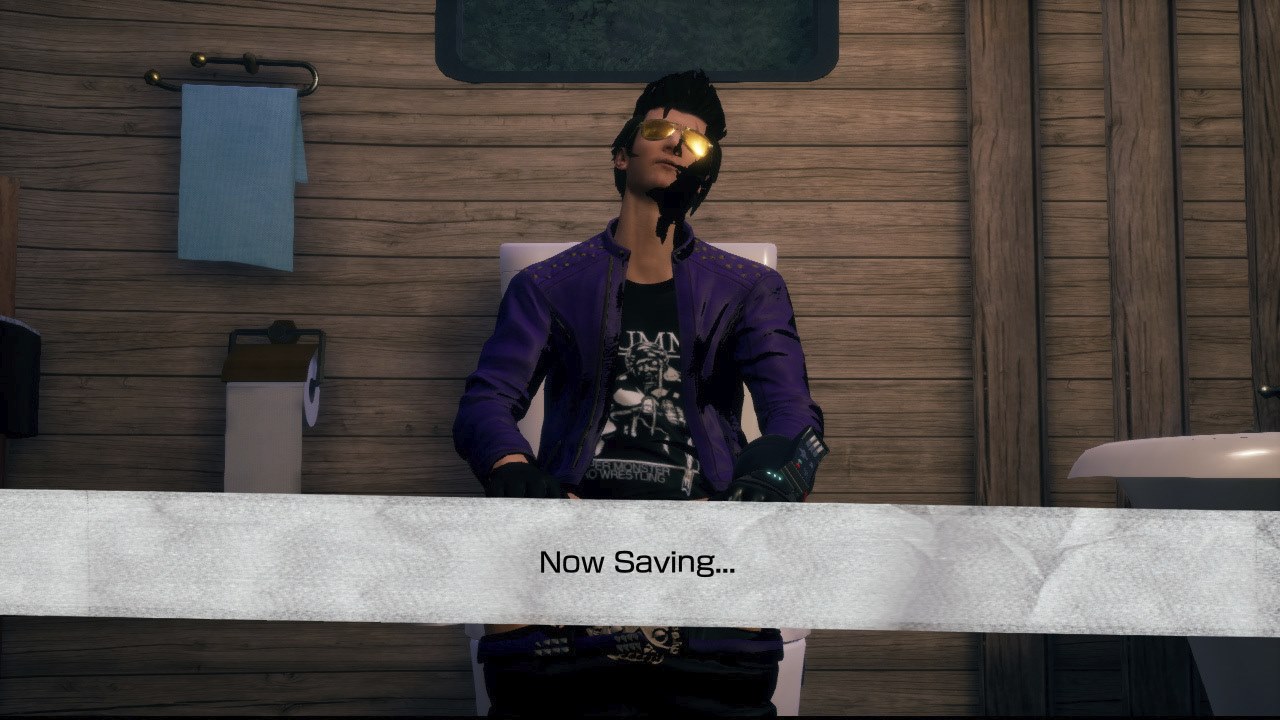 While this premise holds the potential for a lot of varied gameplay, Travis Strikes Again: No More Heroes is pretty much a straight hack-and-slash at its core. Playing in either a top-down or side view, you’ll wander levels, fighting multiple enemies either by yourself or with a friend. Each new  level will change things up a bit, such as a racing level or a more puzzle-centric top-down quest.

What’s odd is how much Travis Strikes Again holds you back from the good parts.

It’s in this lack of true variety where Travis Strikes Again: No More Heroes disappoints the most. Everything leading up to the second game makes it seem like you’ll be doing unique things each time you pop a new cartridge into the Death Drive, but it’s quickly revealed that this will be a hack-and-slash through and through. The combat works well for this, so it’s not a huge problem, but given the premise it just felt like players could expect more variety to the proceedings.

That combat consists of your standard quick and heavy attacks, along with unlockable power moves. These are where the true tactical gameplay comes in, with players able to equip four at any one time. Using them together can generate some truly devastating attacks. You’ll need to work hard to find them all though, since some are very well hidden throughout the game. Once you unlock a few and figure out how to use them together, combat does become a real treat.

What’s odd though, is how much Travis Strikes Again holds you back from the good parts. The game is very meta in its presentation and humor, and this allows for it to poke fun at aspects of game design and culture. One of the things it jokes about a lot is how much games will do this very thing. Early on, with dialogue being exchanged back and forth between a few characters, it jokes about getting to the action sooner. Yet the game never takes its own advice, always placing obstacles in the player’s way that prevent them from having the fun the game worked so hard to create. 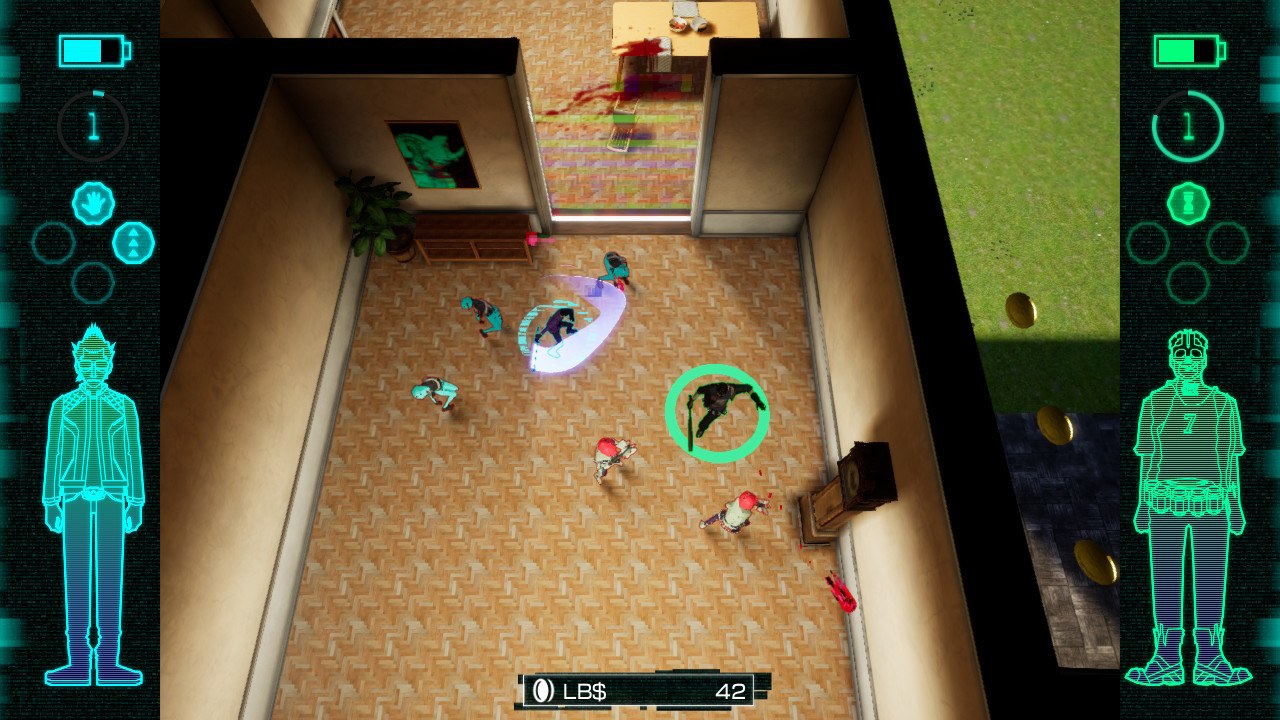 This is especially true right after clearing the very first level. Once you beat the first game, which is a glorious piece of action gaming, the player is dumped back in their trailer and told to head to their motorcycle to unlock the next stage. They are then treated to a somewhat funny, but extremely long segment of story that plays out through low-fi visuals that are quirky at first, but dull once you realize how long you’ll be looking at them.

These green text crawls, called Travis Strikes Back, await the player after every stage. The second adventure jokes again about how long the first was, resulting in a faster pace that still feels like a slog at times. They are well written, and feature some truly funny moments, but players who actually want to play the game and not read long scrawls of green text will be frustrated. Perhaps this is another meta joke, in fact it certainly is, with one statement about how the game’s reviews will be hurt by these sections, but then they just keep going, not playing off the joke, but leaning into it in the worst way possible.

Also harming the overall feel of the game is the second stage that you unlock once you complete the first of these sections. Playing mostly as a top-down puzzle piece with hack-and-slash gameplay mixed in, this second stage is abysmally designed. It’s almost tailor made to frustrate the player with its repetition and poor gameplay choices. Things improve by an order of magnitude once you complete this section of the game, but my concern is that many will abandon it right here with how poorly the second area plays. 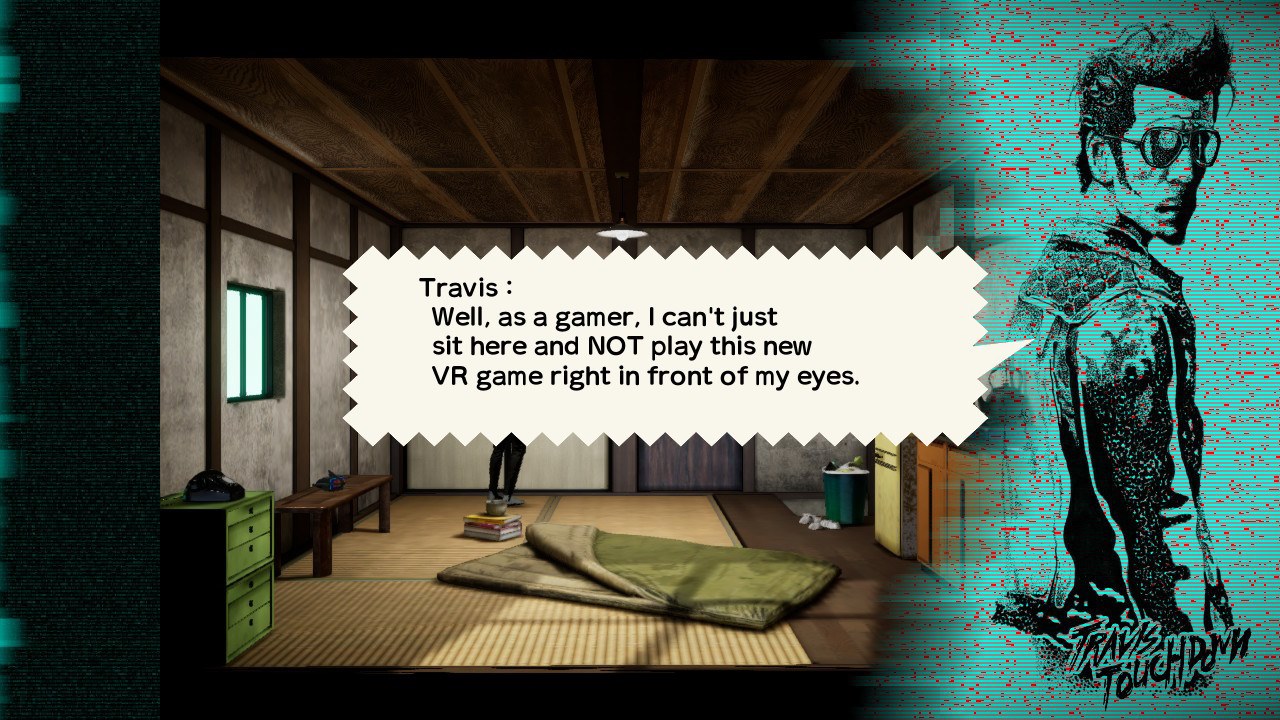 Beyond it are much better levels, though they still feature segments where players are sort of poked fun at with how much the game can annoy them. A racing minigame promises big changes for the game, but once you complete the first you’re thrust into more stages of hack-and-slash action. These still play out well, thanks to the fun combat, but some variety would have really helped here, and the racing game could have served that purpose better.

While I’ve made my frustrations with Travis Strikes Again: No More Heroes clear, it is still a worthwhile experience, especially at its budget launch price. Suda51 is a unique developer, and his style is all over this game. You still save by finding toilets, which can sometimes be placed too far apart. You can collect shirts from various indie titles, such as Papers, Please. You eat ramen and read a ramen focused blog between levels, and in between faxes that help flesh out the story and universe. If you’ve been a fan of the developer or series, then Travis Strikes Again will be exactly what you expect and a lot of what you want. There’s just a lot of stuff here that detracts from the experience, especially if you aren’t enamored with the quirkiness on display.

A worthy followup to the Wii cult classics, Travis Strikes Again: No More Heroes is a fun and action-packed hack-and-slash adventure, when it isn’t getting in its own way. While every new stage offers something distinct, the core gameplay remains pretty much the same throughout. Solid combat means hack-and-slash fans won’t be disappointed with this, but other elements often occupy too much time. With more variety in the gameplay and less frustration, this would have been a real treat. As it stands now it’s a fun diversion for those craving more from the NMH franchise.