The Triumphant Return of a Classic 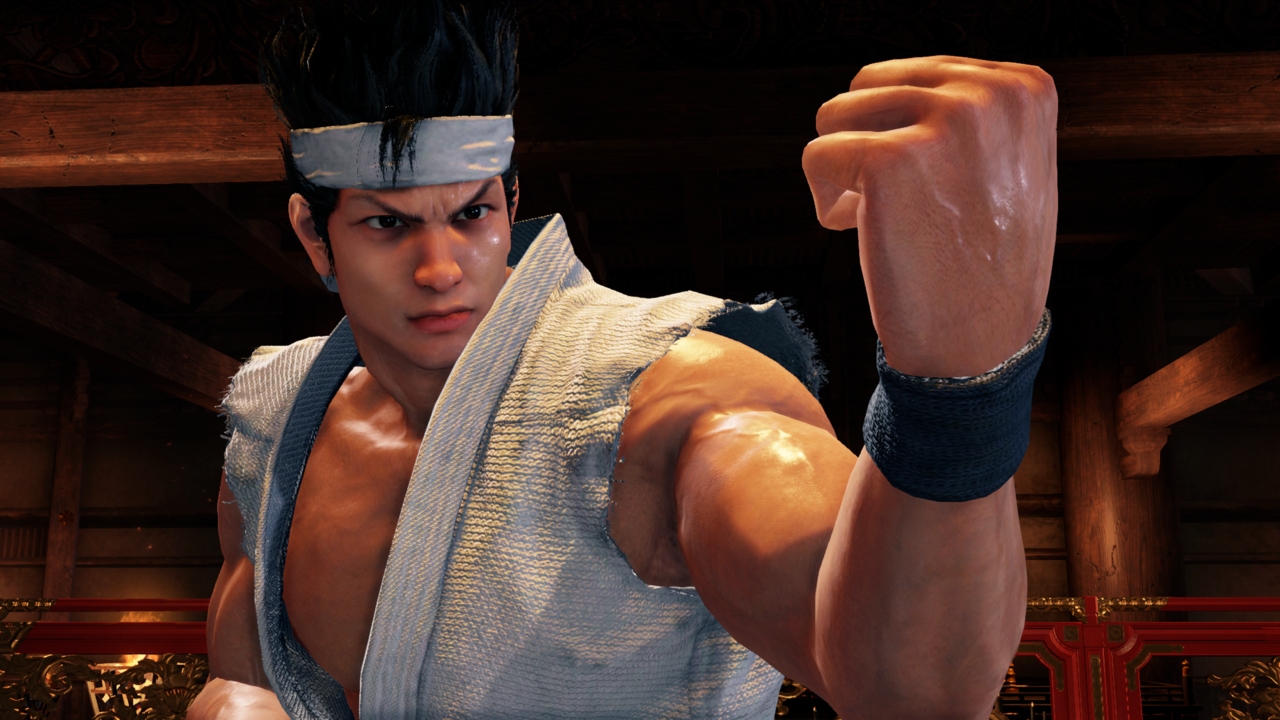 Virtua Fighter 5 Ultimate Showdown is a new remaster of the classic Virtua Fighter 5 Final Showdown, updated for modern hardware and reimagined with new graphics, improved netcode, and new features all tied together by a shiny new interface. Despite the straightforward seeming nature of the remaster, Ultimate Showdown still represents something of an oddity; the release aims to revive a multiplayer-centric game after it has lain dormant for over a decade. The game is titled Virtua Fighter Esports in Japan, and this title is perhaps more fitting. With this entry, Sega has put the focus on playing the game with others, whether it be online or in-person; the arcade mode is hidden away at the bottom of the main menu, with ranked match being the default option. This raises the question: can Virtua Fighter 5 Ultimate Showdown compete with modern fighting games released in the roughly 15 years since the original Virtua Fighter 5, or should sega have left it shelved and moved on to a 6th entry?

While Sega has brought a bunch of new online features to the table, none of this really matters if the game doesn’t play well and look good in motion, a legitimate concern given that this new version has been reconstructed in Rya Ga Gotoku Studio’s Dragon Engine, the same one used for Yakuza: Like a Dragon. This new engine has brought several visual improvements to the table. The characters have all been remodeled, mostly with great success, taking on some of the visual flairs of the Yakuza series. These changes also extend to far more details in most of the stages. While the game’s visuals are far from groundbreaking, falling slightly short of its most obvious competitor as a 3D fighter: Tekken 7, they look excellent for a revised version of a game from 2006. Most importantly, they work well to showcase the game’s outstanding animations, which are, as they were even in the mid-2000s, wonderfully fluid, expressive, and easy to read. The move to modern hardware and the dragon engine has also guaranteed a stable 60 frames per second, which in my experience never faltered. The visual improvements really bring out the core gameplay strengths that made Virtua Fighter 5 an instant classic. Virtua Fighter is easy to start playing but extremely deep with one of the highest skill ceilings in fighting games. Ultimate Showdown has done nothing but improve the experience of playing Virtua Fighter 5 and has done nothing to compromise the depth of the experience. It is the definitive version of the game, and it still feels good to play all of these years later. Tekken 7 and Soulcalibur 6, the main competitors in the 3D fighting game space, have better graphics, more complex systems, and benefit from being newer, but Virtua Fighter 5 is still an undeniably fast, fluid, and most importantly, fun game to play. Fighting games are a notoriously difficult genre to get into, so competent tutorials are an important part of pulling new players into a game and the genre as a whole, as is providing a training mode that makes it easy for players to learn the ropes. In this department, the game is something of a mixed bag. The combo challenge mode has the player complete combos and attacks before moving to the next one. Unlike Street Fighter V, Tekken 7, and other modern games in the genre, these automatically scroll by after completion and have no obvious choice to make them repeat or to go back. This makes lengthier inputs more difficult to learn. On the other hand, the free training mode has all of the tools one would expect from a modern fighting game. There is also a structured tutorial that covers moving, blocking, dodging, basic combos, and other fundamental skills. This tutorial is fine. It will teach players to do things from a mechanical standpoint, but it does not provide much context about when and how one should implement each skill in an actual match. It’s better than the tutorials in some other fighting games but fails to meet the gold standard set by games like Under Night In-Birth, Skullgirls, and Guilty Gear Xrd. The tutorial and combo trial mode will do a good job of getting people started but are far from comprehensive.

The other single-player option is the arcade mode, where players can play through a handful of matches to try and fight Dural, the non-playable final boss. This arcade mode is fairly barebones but totally functional. Enemy AI is mostly competent, but the way the AI plays differs greatly from actual human opponents, as is the case with any fighting game. Players who enjoy quick arcade runs will have fun with this mode, though it is painfully apparent that it is not where Ryu Ga Gotoku Studio’s attention went during the title’s development. There is also the offline versus mode where players can play against their friends in person; this mode functions as expected. 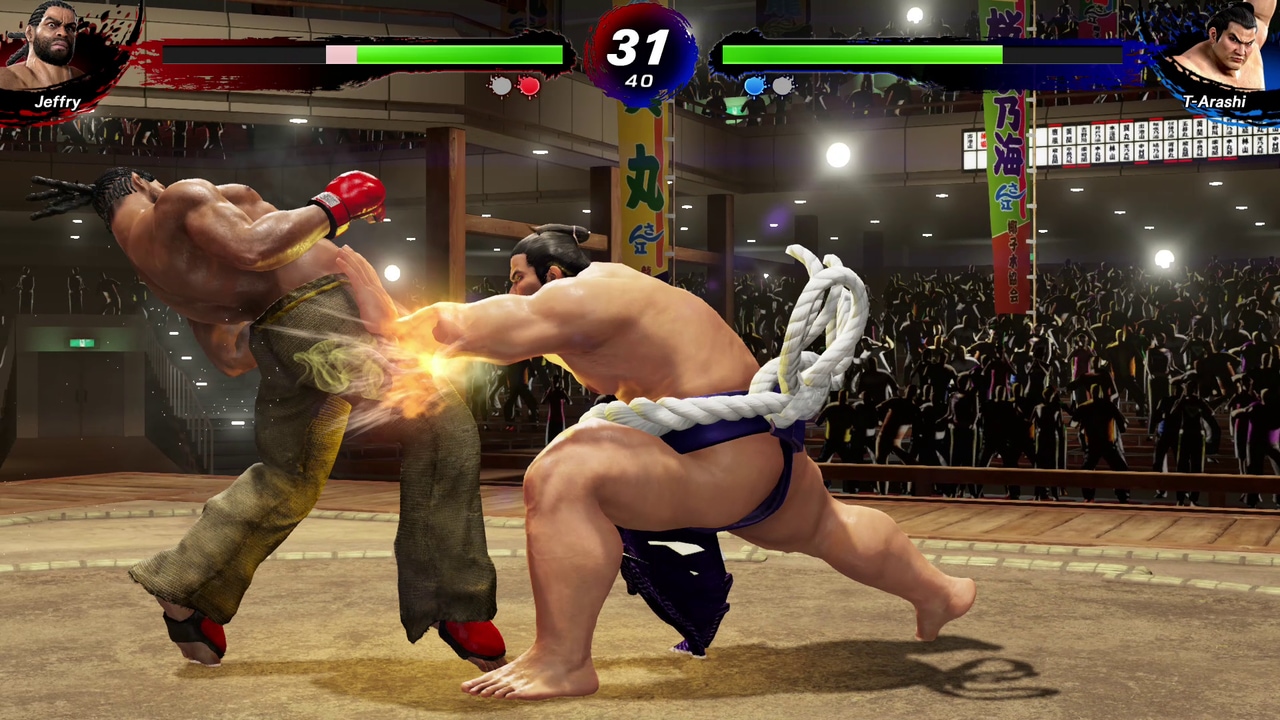 The online ranked and room matches are the stars of the show. They are front and center on the main menu, and the online multiplayer has received by far the most new features and improvements of the entire package. Let’s take a look at what these new features are and what they add to the experience.

This game’s equivalent to custom or private matches is the room match. You can alter the settings, make private and public lobbies, and more. The headlining feature of the mode is the ability to have up to 16 players in the lobby and create round-robin or tournament-style brackets that play out in-game, a feature that a lot of fighting games either lack or have made far more difficult to do than it is here. While there were not enough people online during the review period to fully test these features with 16 people, they seem to work just fine with smaller groups. The addition of round robins especially will aid people who want to play fighting games with large groups of friends but don’t want to have people waiting for too long between matches. In a bracket or round-robin set where people are left waiting to play, the game features a comprehensive spectator mode, allowing people to watch the match in real-time. When you are on the main menu, the game usually plays a ranked match off to the side, giving you the ability to switch to fullscreen and watch it if you want. This spectator mode is a welcome addition and one of the most eloquent ones the genre has to offer.

The other side of the online coin then is ranked. This mode has competitors play matches to be ranked based on their performance. As they rank up, they will face increasingly skillful opponents. This is probably the best way to get better at the game and assess your skills. The game utilizes a Dan ranking system, much like many actual martial arts organizations. The amount of time it takes to rank up at least at low levels feels fair, and I was never matched against someone wildly out of my skill level with the exception of during the first few hours when people were grinding up to their appropriate placements. While I suspect many will run into opponents that outclass them in the opening days of the game, this is par for the course with many online competitive titles. Based on early impressions, the ranking system seems well balanced enough to prevent long-term imbalances in matchmaking.

Both of these game modes rely on the netcode to provide stable connections, so how is it? In an email to Kotaku, the developers confirmed that the netcode is an improved version of the one in Final Showdown’s console port from 2012, which was initially concerning to fans given the age of the title; players were rightfully worried about the game running on older delay-based netcode rather than a modern rollback solution. After playing several matches online with players around the country, I’m pleased to report that the netcode feels largely excellent despite its near decade-old framework. I played with people from across the country and experienced no stutters or issues for most of the experience. Only one or two of the matches I played stuck out as particularly rough around the edges connection-wise, and only one match dropped entirely. This is the best implementation of delay-based netcode I have experienced in a fighting game, though games like Mortal Komat 11 and the upcoming Guilty Gear Strive still offer smoother experiences thanks to rollback. As more people get their hands on it, maybe we will see more issues arise, but my early impressions of online play are exceedingly positive; whatever Ryu Ga Gotoku Studio implemented seems to be working.

Ultimate Showdown is the best way to play Virtua Fighter 5, and not just because it is the only version available natively on modern hardware. Ultimate Showdown delivers the best version of the game in every aspect imaginable; the game looks better, sounds better, plays more smoothly, and provides the best ways to play the game online. Virtua Fighter 5 has aged like fine wine, and while some modern games feel more fluid or look prettier, Sega’s classic cannot be replaced. While the game has limited single-player options and the online is based on a less than modern netcode system, they are perfectly functional and should not deter anyone from playing the game. Virtua Fighter 5 Ultimate Showdown is a must-play title for fans of fighting games and old-school franchises.