The Walking Dead: Season 2 Episode 4 – Amid The Ruins Review

The latest news in the world of video games at Attack of the Fanboy
July 30th, 2014 by Dean James 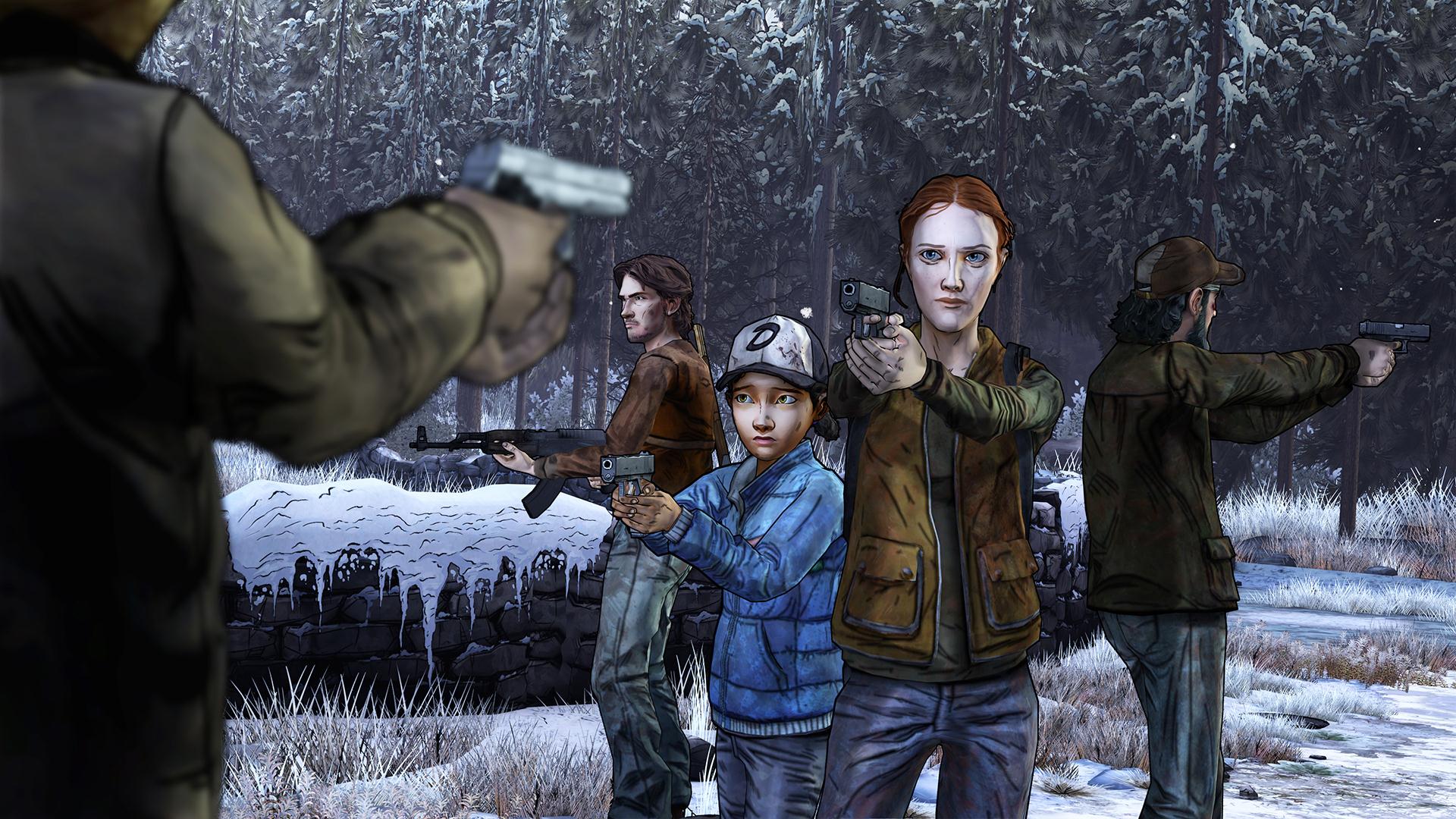 Ever since the long delay between The Wolf Among Us Episode 1 and the debut episode of The Walking Dead: Season 2, Telltale Games has been cranking out episode after episode, especially as of late. As we just wrapped up the exciting The Wolf Among Us, which you should most definitely check out, that means it is time for the continuing adventures of Clementine and the gang in The Walking Dead: Season 2.

As with all Telltale game reviews, major spoilers from the previous episodes will be mentioned, along with some smaller spoilers for this current episode, so I highly recommend at least playing the prior episodes before reading.

The theme of the first season was protection and how to keep the ones you love safe, with Lee doing anything he could to save Clementine. Everything changed in Season 2, as we took control of Clementine instead, which has provided a much different perspective in the game. There is not even a faint glimmer of the childlike wonder she displayed in Season 1, with her having to make tough decisions over and over again. Episode 3 was one of the most brutal thus far, with major deaths and weight to decisions throughout, including one heck of a cliffhanger.

Of course, this means The Walking Dead: Season 2 Episode 4 – Amid The Ruins had to pick up right where the previous episode left off, with you having to decide to chop off Sarita’s arm or not after being bitten. The first act of the episode is extremely intense, with you being forced to move amongst the walkers, not knowing who has or will survive this portion of the game. The buildup at the end of the last episode combined with the start of this episode features some of the best moments that Telltale’s The Walking Dead has to offer. 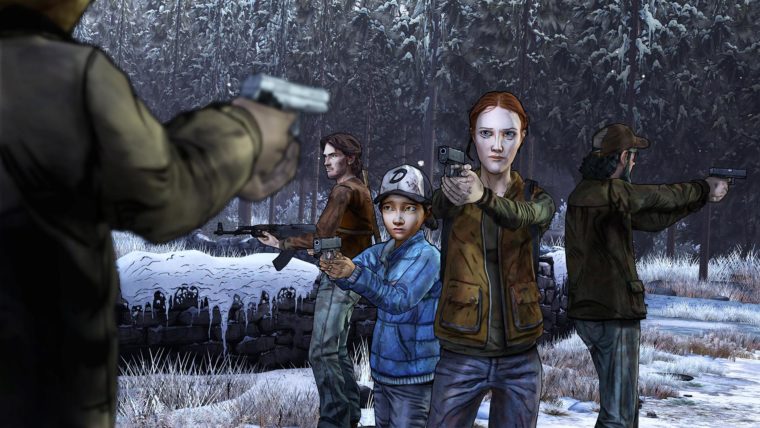 Rather than just making decisions at this part, there are a good number of quick time events to add more urgency to the situation. One missed analog stick press in the correct direction and Clementine will be eaten in seconds. Things finally start to settle down for a bit, at least compared to the opening act. This allows for plenty of the excellent dialogue Telltale is known for, with a large focus revolving around Rebecca and the impending birth of her baby.

This episode felt a little more unfocused than the last couple at times, due to the removal of the excellent villain in Carver. The ability to kill him in the previous episode felt so good, after all he had put everyone through, and there were not really any decisions which felt quite as satisfying this time around. The middle did drag a little more as a result, with some almost repetitive situations, such as Clementine being the only one small enough to climb under a barrier, but when she gets stuck, a walker happens to pop up and try to eat her.

The character of Jane has some really nice moments within this episode, but parts of her story almost felt like a retread of Molly’s from Season One. Being haunted by her dead sister felt genuine, especially with comparisons to Clementine and Sarah, However, while I think it was overall handled better this time, it still could have featured a more original backstory for Jane, who was written just for this game. Even having her little brother be killed rather than a sister would have helped this. Something also happens between Jane and Luke that leads to the latter acting very unlike his character for awhile.

The shining star of the character development in this episode is easily Kenny. The usually strong and brash Kenny has been through it all before, from his son Duck getting infected and killed, possibly by Kenny, depending on your choice in Season 1, along with the suicide of his wife who couldn’t take it anymore. After finally finding happiness again with Sarita, it all goes downhill and Kenny breaks even further than we’ve ever seen before. This part features absolutely fantastic voice acting and writing, with the character even getting a little glimmer of joy at one point.

As per usual, Episode 4 – Amid the Ruins features a major cliffhanger, albeit not quite at the level as the last episode. I certainly won’t go into details, but you have to make a decision that will easily shape the final chapter of this season. Oddly enough at this point, we do not get a “Next Time On The Walking Dead” segment as we usually do. This could be done as a way to have us go into the final episode completely blind, but it still felt odd that there wasn’t anything at all. 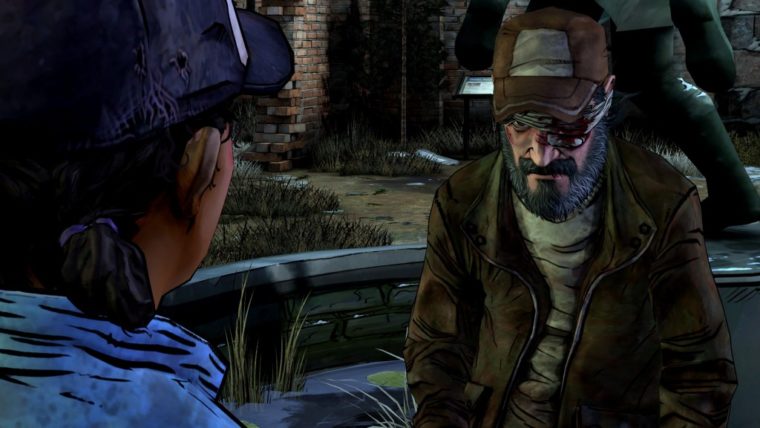 Telltale’s games do not always run the smoothest on consoles, but they have improved drastically since the opening episode of the season. While playing through The Walking Dead: Season 2 Episode 4 – Amid The Ruins, I did not even notice any of the typical stuttering we’ve become accustomed to from Telltale or any other performance issues to speak of while playing. Typically the worst case of freezing or stuttering comes during the “Next Time On” segment, so with that cut out, this issue was basically nonexistent.

The Walking Dead: Season 2 Episode 4 – Amid The Ruins hits the ground running after the previous episode’s massive cliffhanger. While the plot drags a little bit in the middle with some situations that feel like a bit of a retread, the dialogue remains in tiptop shape throughout. The episode is also probably the longest of the season thus far, so there is plenty of content to keep you occupied for the cheap price tag, especially if you bought the Season Pass. With only the finale remaining, this is certainly not an episode to miss, as everything seems to be coming to a head for Clementine and her dwindling companions.