Did you take your Joy today? 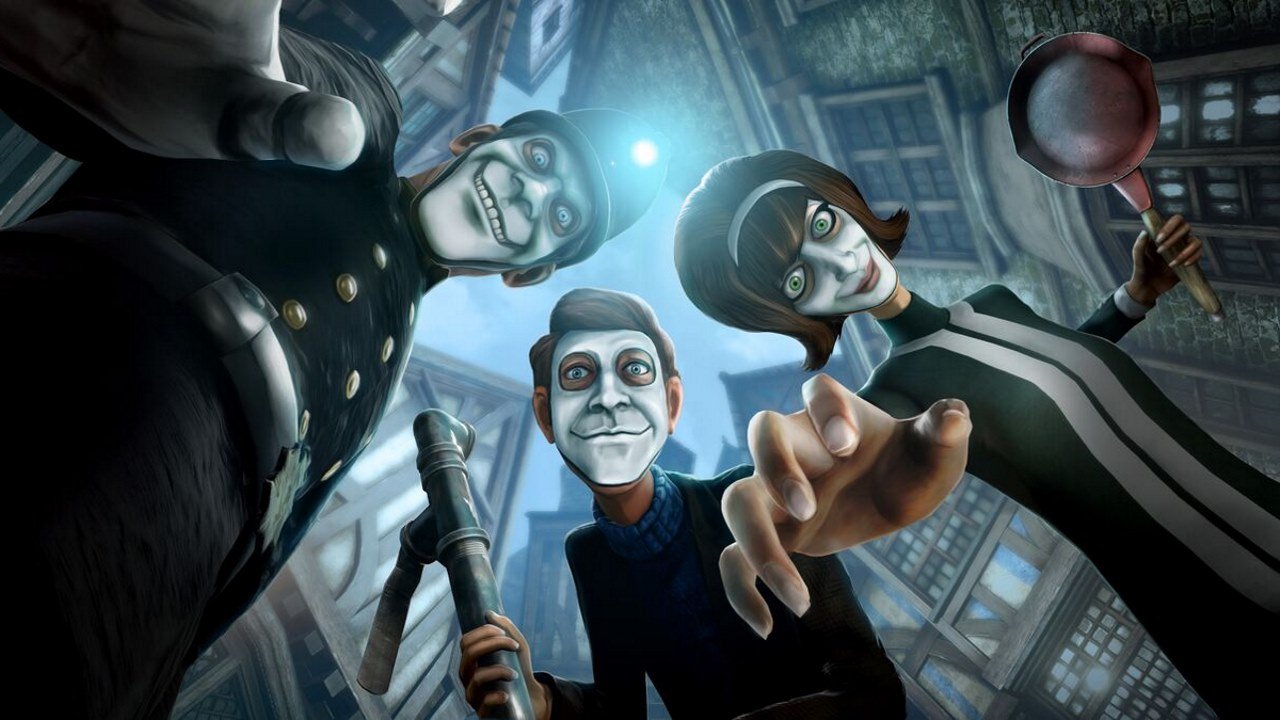 Few games make as big a splash at E3 as We Happy Few. It seems like every year the game shows up it wows the audience with its unique world and fascinating story structure. However, when the game launched into early access players found themselves in a dark, dreary world with almost no story to speak of. The final game promised all the goodies, and now that it’s here players can finally dive into the world of We Happy Few as they always wanted.

Yes, the game has a full campaign now. A rather long one actually. Spanning multiple characters, players will get a full look at the world of We Happy Few through the eyes of its inhabitants. You’ll start out as Arthur, a “downer” who stopped taking his Joy, pills that make everyone happy no matter the circumstances. By going off his Joy Arthur has isolated himself from society. His every action draws the notice and ire of those around him, and he’ll have to hide his true intentions and feelings if he wants to make his way out of the dystopian landscape of conquered Britain. 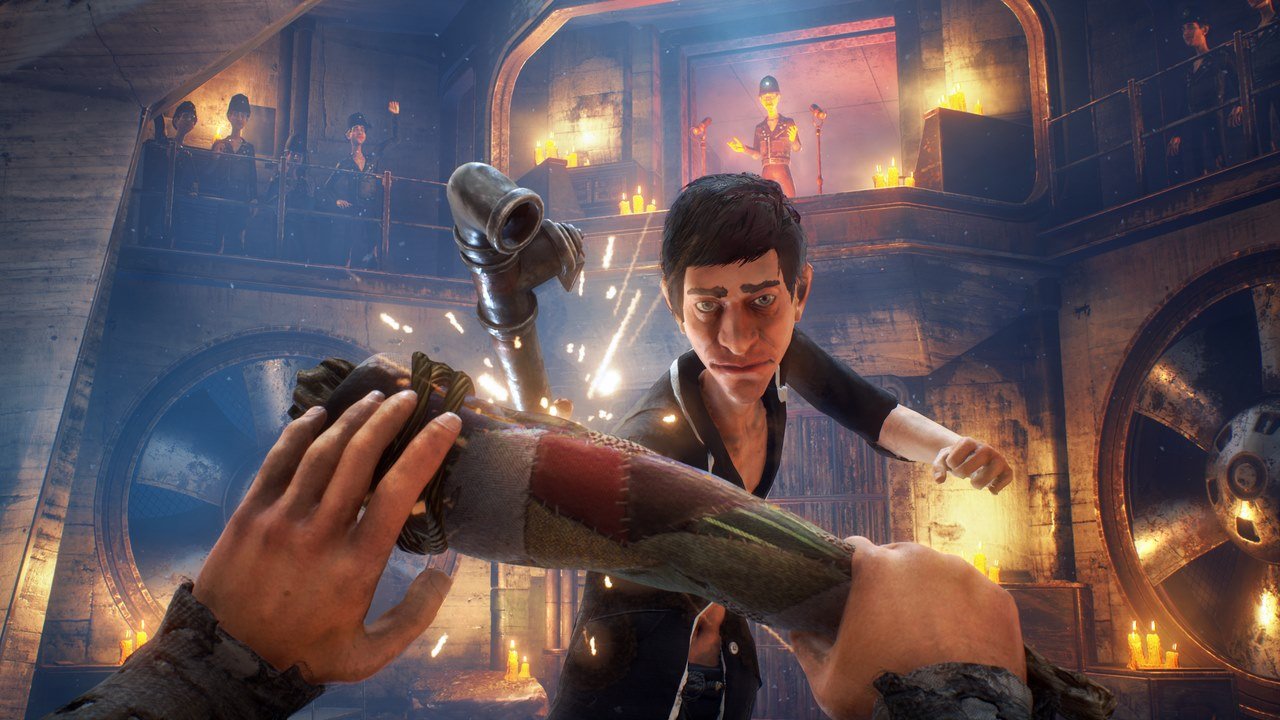 This is just how things start, with the story of We Happy Few stretching long and far on its path to completion. The game doesn’t lean on the crutch of exposition often, which means you sort of figure out how the world works via your actions and interactions. Why does everyone take Joy now? What happened during and after the war? All these questions and more will come up, and players will find the answers through the gameplay.

We Happy Few is a game of high highs and low lows.

Some of those answers are interesting, causing the world to grow deeper and more inviting to exploration. Some others hit with a thud, not really landing as the developer seemed to intend. Still, We Happy Few does take you on a long and rewarding journey. Story beats crop up at set intervals, or through hidden side objectives that will be discovered by the most curious players. Many things within We Happy Few are optional, which allows players to sort of decide how much they want to devote to the game.

This is true in the survival mechanics as well, likely a response to many questioning their implementation in the early access period. We Happy Few is now mainly a story driven first-person adventure, with survival and crafting mechanics layered on top of that experience, rather than mixed fully within it. Playing below the hardest difficulties will mean you should eat and drink, but you don’t have to. Likewise, while you do need to craft items like lockpicks, the game will let you auto-craft them as the need arises.

These choices and many others help propel We Happy Few above what it could have been. The game was initially created during a time where survival and crafting were all the rage, but many gamers (including myself) find them rather tedious now. Being able to just flip those features off in a lot of ways helps keep the game moving without requiring you to hunt down clean food and water all the time. (Note: sandbox mode is coming in a future update for all those who want a more survival-oriented affair) 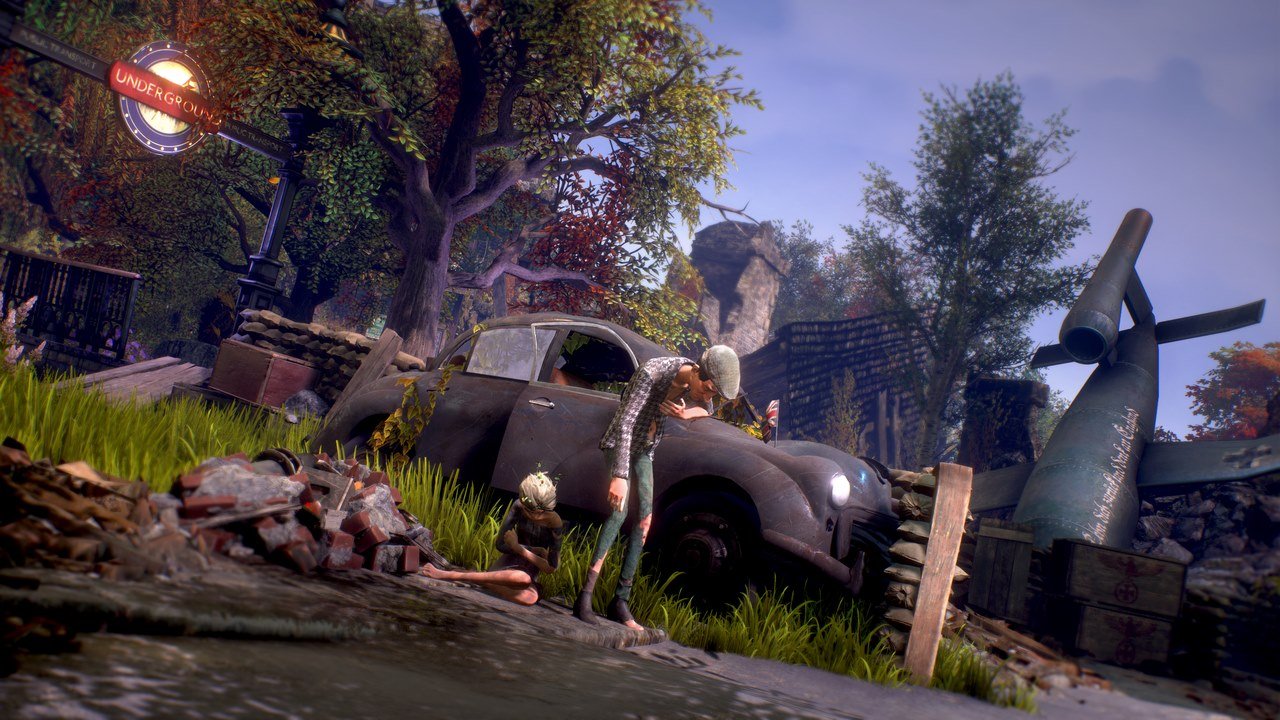 This streamlining allows you to enjoy the story and gameplay of the campaign. Unfortunately, these don’t quite live up to the expectations one might have for a full priced game. Compulsion Games has some serious creativity within their team. The world of We Happy Few is testament to that. But actually playing through the game can get a bit boring, and there’s an overall lack of polish that creeps in quite often. This was especially true on PC, where even at lowered settings it was nearly impossible to achieve a solid framerate.

Animations are stiff, voice-overs aren’t the best, the gameplay can be derivative at times, and the stealth mechanics, which are a focus for much of the game, simply aren’t all that refined. Harder difficulties amp up the AI and realism, but even here the stealth has issues. Enemies will look right at you and not react, then they will react for seemingly little reason. Once they do you can fight or flee, with both options not being all that compelling gameplay-wise.

Need to get past someone? Just creep right next to them. There’s only a small chance they’ll notice you anyway. Get spotted by a group of enemies? Run outside the fence and wait a minute and everything will be reset. The best parts of stealth are when you’re being stealthy in plain sight. Mixing with the Joy infused populace is tense, and handy visual aids help you understand what the AI is thinking. It’s still not perfect, but it works and offers some fun. 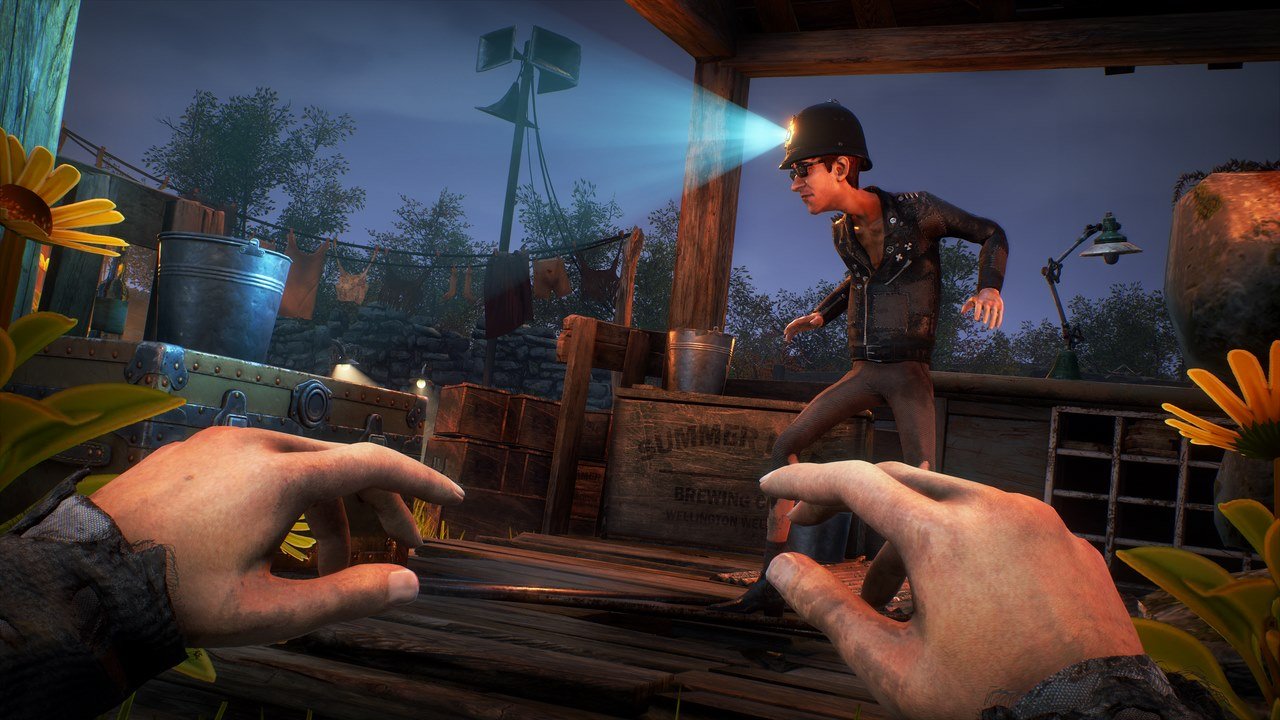 Moving around the map feels janky as well. Jumping onto surfaces, for example, causes a slow and intrusive animation sequence. Some things seem to have just been skipped to avoid extra animations, such as climbing a ladder, which results in a short black screen before appearing at the top. It’s all small stuff, but it does impact the feel of the game. Sometimes it makes it feel quirky and fun, like a the labor of love it surely was, but sometimes it can be annoying.

Other areas could use some improvement as well. The menu system is a bit of a mess. Everything is stylized after the aesthetic of We Happy Few, which is cool, but results in confusion as items all look the same within the inventory. Crafting is easier than most other games, but navigating the menu is still confusing. Leveling up your character is also just kind of there. There’s few must-have upgrades to work toward, but if you just have to customize the experience, you have the option.

We Happy Few is a game of high highs and low lows. It’s certainly far from perfect, with questionable stealth mechanics, sometimes derivative gameplay, and a lack of polish that intrudes on the fun. However, it also offers a totally unique world full of interesting characters and places. The core of the game holds a lot of intrigue as well, with its alternate history motif making for great story and gameplay opportunities. If you can look past the flaws, it’s definitely worth a play.