A worthy collection to the series. 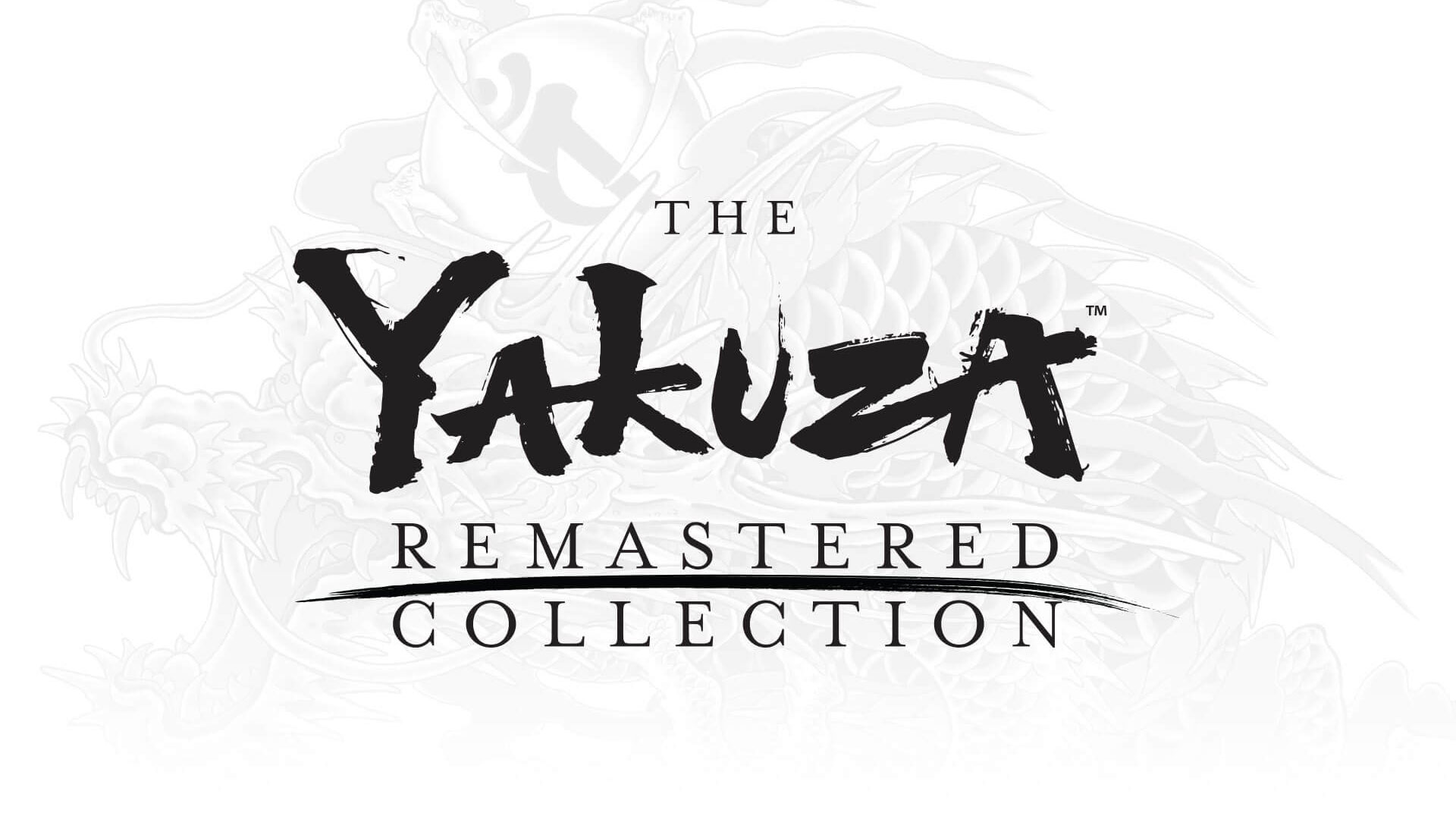 To make things clear right of the bat, this review will not be focusing on the overarching storyline found throughout the Yakuza series. The main focus will be how the Yakuza Remastered Collection performs and looks in it’s current release state. That being said this will not be a super in-depth technical review, either. A benchmark tool will not be used in order to keep track of frame dipping and such. All statements will be solely based on observations. Despite the lack of tools used, it wasn’t a surprise to see how well the collection held up to expectations.

Both of the previous titles, Kiwami and Kiwami 2, were not played beforehand, so jumping into cutscenes with zero context of what has happened was rather confusing. Regardless, presentation is persistent that is found within Yakuza 0. In other words the cutscenes, voice acting, and presentation are all very good, but there were some noticeable flickering in-game. The trees in the overworld were the biggest source of graphical flickering that occurred. With presentation, playing a Yakuza game guarantees that afterwards you will never be unfamiliar with another title. Even the “Real Yakuza Use A Gamepad” message can be found here, which admittedly did elicit a smile.

Animation quality in Yakuza games are great in the in-game cutscenes, but it can feel a little stiff in areas that are purely dialogue focused. In contrast to the fully animated and fully voiced cutscenes that are frequent through out all 3 titles, there are also many instances of characters speaking to each other in-game through dialogue boxes with little to nothing happening. The characters are never fully voiced, only having the occasional sounds like grunting or laughter, and the animation usually consists of just lip movement. Since all 3 games are heavily interaction based, it would have been nice to have the voice actors also voice the in-game dialogue boxes as well. The only issue found in the pre-rendered cutscenes was the blurring effect that would was used in some shots. Said shots then appeared to have low-resolution backgrounds in comparison to others found within the same scene. It is unclear if this was intended to be a blur effect so that the cinematography could focus on the character models or other points of interest. As a result, it felt distracting to witness shots like this one that would then switch over to a different camera angle with no blurring effect: 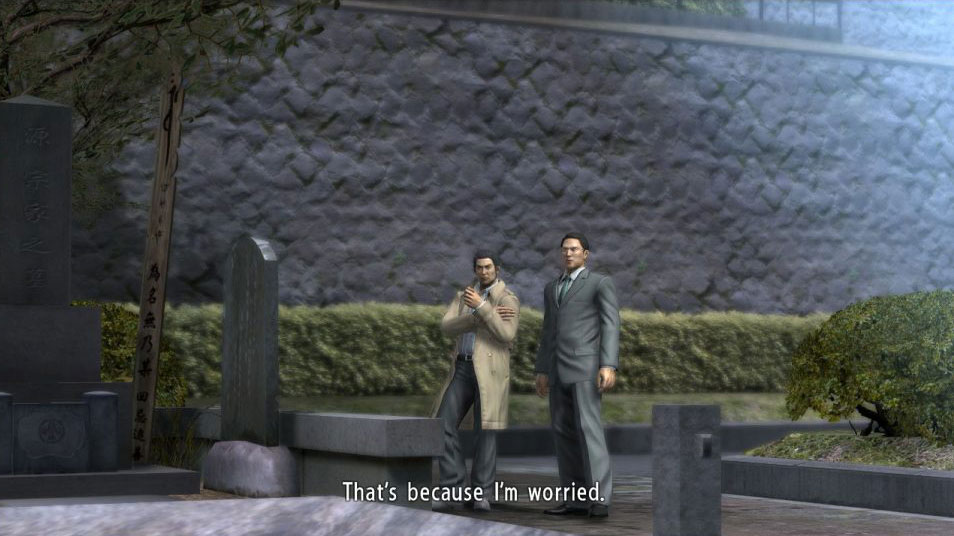 Besides the occasional graphical blurring and flickering, the overall scenery spanning across all 3 games to be pleasant and downright beautiful in some instances. The beach at the orphanage and a rainy Kamurocho are some of the personal favorite highlights.

All 3 games were experienced on the highest graphical setting which was Ultra. A small stutter did occur when Yakuza 4 first fully loaded in Kamurocho. Afterwards, any sort of stuttering or frame drops were nonexistent throughout the collection. Long loading times were not an issue, but there were a few cases where cutscenes ended and had a black screen for a few seconds before the loading logo finally did show up. In terms of graphical fidelity, do not expect any extreme jumps through out each game. It is to be noted that Yakuza 3 and 4 were both developed a year apart from each other. Yakuza 5 came out two years out of 4, but a lot of general things stay the same. Kamurocho, for example, doesn’t go through huge changes other than an extra place or two to dine or play minigames in. Only having played Yakuza 0, it was a nice addition to not only have more places to explore, but to also have fully rendered spaces to walk around and explore in. After being used to walking into an establishment with little walking room, or  a building being relegated to just another menu option, the surprise of being able to see and explore more open spaces definitely added to the charm.

The highlight of detail would mostly go towards the facial animations and modelling. Despite two out of the three titles being from the early 2000’s, lip syncing nor the voice direction was never an issue. The animations with how they speak or act all feel natural. What is truly beautiful is that despite the characters being well animated, you can always feel tension within their words. Real life Yakuza are always about business and this series captures that perfectly. In a lot of instances you can almost quite literally feel the seriousness and tension the game is trying to deliver. With the facial models, it was very nice to see characters like Goro Majima have such attention to detail put into his face, making him almost look grotesque, feeble, but human all the same. To any players that know the story of Yakuza 0, the way Majima looks provokes an almost bittersweet feeling. Despite the graphics and UI not going through many changes (exception being Yakuza 5), all 3 games did receive a massive graphical overhaul from their original PS3 counterparts. The Yakuza Remastered Collection delivers a world that is a pleasing to the eye, and has that suburban Japanese feel one can expect while playing. 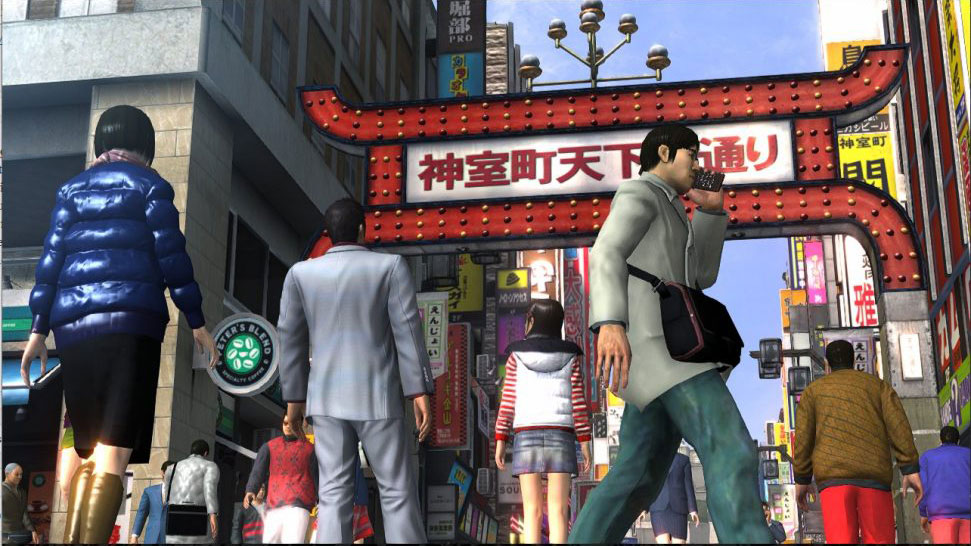 Speaking of feel, throughout the Yakuza Remastered Collection character movement and combat feels and plays wonderfully. There is never a time where the player feels like they don’t have full control of Kiryu as when roaming the streets or fighting thugs who are looking for trouble. As stated before with the presentation, if you’ve played any game in the series you know exactly how combat works. The X button is for combos, the Y button for finishers, and the B button to throw enemies and pick up objects. Kiryu’s moveset never really goes through drastic changes either. Combat always expands as you progress, and there are brand new mechanics introduced as well. Both soul orbs and experience points are introduced from Yakuza 4 onwards, and changes how the player approaches combat. Kiryu is always responsive to control inputs, and he never feels too floaty or stiff during movement. When he’s not fighting goons he’s a joy to take around Kamurocho. When he’s in combat he feels like a seasoned Yakuza going into battle for the nth time in a row, and that’s the way it should be.

This collection is a must have for any Yakuza players that are familiar with the series and want to jump straight into the story after Yakuza Kiwami 2. Performance is excellent with the occasional graphical bug here or there. However, this is not a good starting point for unfamiliar players. The Yakuza games are all chronological and playing them out of order will no doubt cause confusion during the storytelling segments. The Yakuza stories are a must have experience so playing through them in order is the best way for any player looking for a fantastic story and setting. If you wish to play the games in order play Yakuza 0 first, then Kiwami, then finally Kiwami 2 before you start here. All 3 prequel games will be linked to our reviews, so you can have a better idea what to expect out of the Yakuza Remastered Collection.