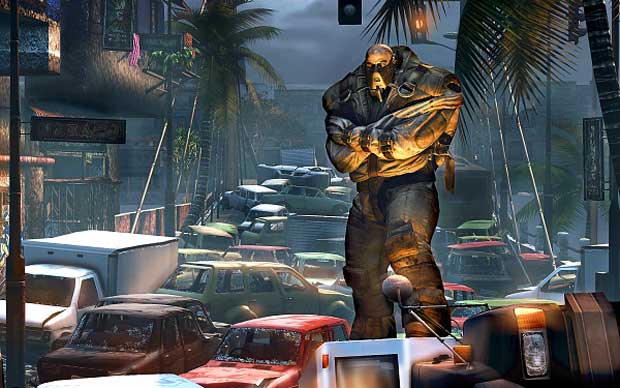 It’s got to be a Zombie right?  Dead Island is a game about Zombies, an island full of them actually, so this latest screenshot has got to be a zombie.  A rare never before seen in movies or media, giant zombie.  In a straight jacket no less.  Who got him into the straight jacket.

Was it giant robots?  Was it other more timid giant zombies that could perform such a task?  It’s really true, a picture does say a thousand words.  In this cases it brings up a bunch of questions about Dead Island.

The zombie survival game recently garnered praise when the first trailer for the game was released, which was as equally thought provoking as this giant zombie.  Dead Island is game that out this Fall and it’s coming to Xbox 360, PS3, and PC.