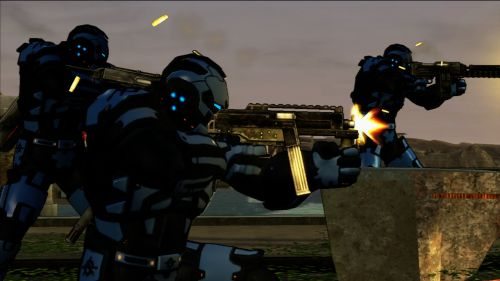 Microsoft and Ruffian games released what is probably one of the last videos before the world, or Xbox 360 owners at least, gets their hands on Crackdown 2 for the first time.

Due out early next month, Crackdown 2 will be heavily on display at E3 2010.  We first reported on the title from PAX East, and even at that stage the game was looking very polished and very fun coming from fans of the first game.  I’m looking forward to more Rocket-tag from the gang at Ruffian.

For non-convention goers, the Crackdown 2 demo has been dated and it will be released via Xbox Live on Monday June 21st.  That’s less than a week away, get your controllers ready as you’ll get a chance to go hands-on and try out Crackdown 2 before it releases.