The latest news in the world of video games at Attack of the Fanboy
March 7th, 2010 by Bill Hess 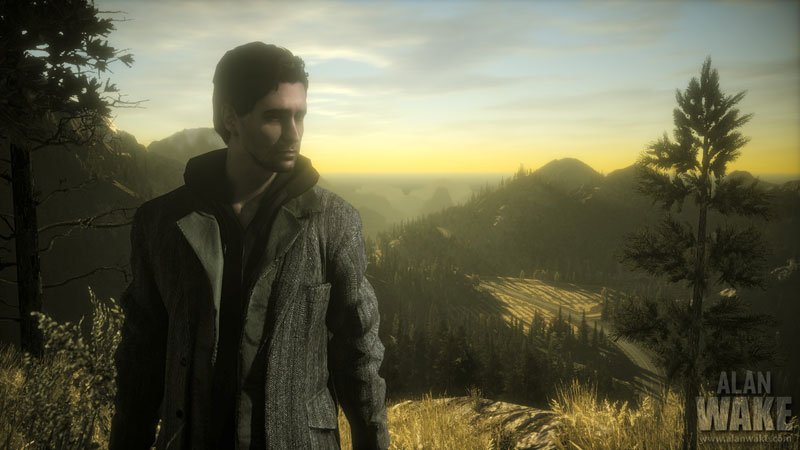 Having you been keeping up with the latest videos for Alan Wake?  This latest gameplay clip hit the internet this weekend, and while the watermark says Eurogamer, I couldn’t find it anywhere on their site.  Regardless, the video has been leaked to Youtube and shows Alan Wake in quite the predicament.  We’ve seen Alan Wake in a variety of dark scenarios battling baddies with his trusty flashlight and flares, but this time Alan’s adversary is a giant harvester.  Looks cool… Alan Wake will be available for Xbox 360 on May 18, 2010.

In addition to solving puzzles and exploration, the game also pushes players into serious action and combat; when night comes, creatures will take their best shots at Alan, and you’ll have to be quick with strategy as well as weapons to beat them back.

Alan Wake is a bestselling horror novelist who moved to the small town of Bright Falls, Washington after suffering from insomnia and depression. Wake is able to sleep again, but after he meets a mysterious woman, he begins to have terrible nightmares. As he puts these nightmares on paper for a new book, he soon notices that all the things that happen in his book are coming true right before his eyes.

The town of Bright Falls is 100 square kilometers, and players will be able to roam through this incredibly detailed area any way they like, roaming the town or wandering out to the lakes, forest, satellite towns, and more. The game gives the player goals, but how he chooses to go about completing them is up to him. Clues are scattered throughout the town, and solving mysteries will require players to pay close attention to the little details.

Using cinematic effects and technology such as real-time lighting, shadows and reflections, you’ll be treated to a game that is oozing with atmosphere and able to invoke an emotional response from the player. The realistic environment features real-time weather and light changes that effect the game play for a remarkably immersive experience.