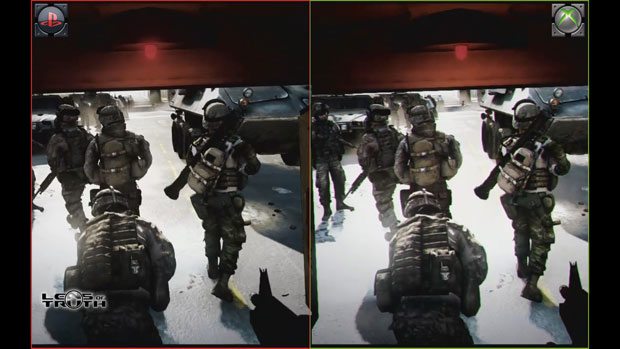 Guess what.  Battlefield 3 launched last night in case you didn’t know, and our friends at Lens of Truth have already gone and compiled a head to head video compilation stacking the Xbox 360 version against the PlayStation 3.  You may have already made up your mind on which version to get, but incase you didn’t have a look at the video below, to see if there’s enough of a difference to sway your opinion.

The Xbox 360 version comes with two discs.  One that includes an optional texture pack install that makes the game prettier.  On the other hand, you’ll need to install a mandatory portion of the game on the PlayStation 3, so choose your poison.

Our Battlefield 3 review will be live in the morning and will be covering the Xbox 360 version of the game. For more screenshots, video, and more, head over to Lens of Truth via the link below.  The wait is over, Battlefield 3 is in stores now!  Let us know which version you thought looked better in the poll below.