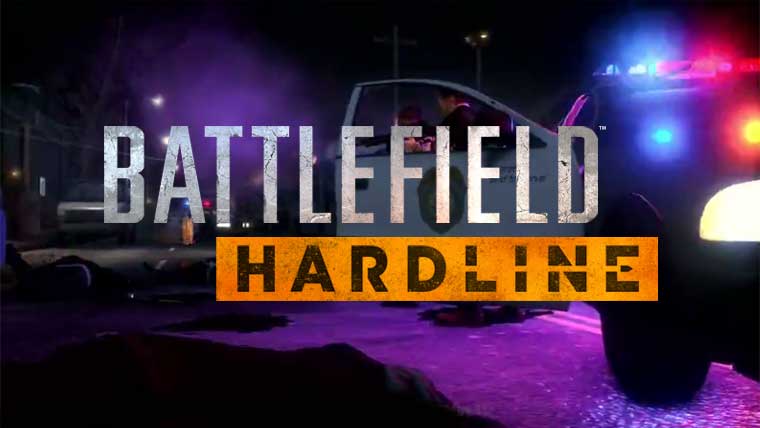 The trailer confirms that Visceral Games and DICE have teamed up for the game which is called “Omaha”, which is now known to be Battlefield: Hardline.

“In Battlefield: Hardline players will engage in all out criminal warfare, as you fight to serve and protect, or serve yourself.”   The trailer delves into the multiplayer aspects of Hardline, and reveals that it will take on the characteristics of previous Battlefield games.   Cooperation and squad based gameplay seem to be at the forefront for Battlefield: Hardline.

Multiplayer modes revealed in the trailer include Heist Mode, Rescue, Hotwire, Bloodmoney, and all feature some cops and robbers type gameplay.  Also coming over from Battlefield 4 are the destructible elements and “Levolution” events.