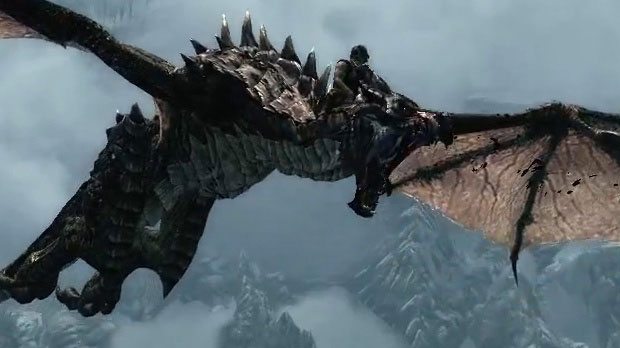 Bethesda has revealed the next bout of downloadable content for The Elder Scrolls V: Skyrim. As suggested by an earlier discovery, this next bit of DLC will bring even more changes to the RPG. The official feature set has not yet been revealed, but from the trailer it appears that rumors were true concerning dragon mounts and a return to Morrowind.

Titled Dragonborn, this new content will be available for download on December 4th on the Xbox 360 for 1600 Microsoft Points.

Continuing the trend from previous DLC releases, the PC version of this new content should arrive about a month after it hits the Xbox 360, unless Bethesda specifies otherwise. There is still no word on this new content arriving on the PlayStation 3, or not. The company hasn’t issued an update to PS3 players in weeks, despite pushing ahead with downloadable content plans on these other platforms.