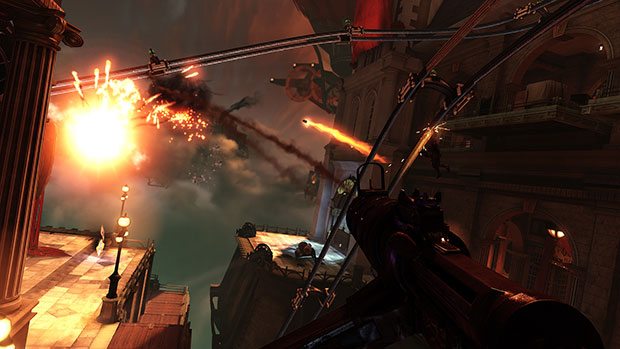 Irrational Games has just released their “City in the Sky” trailer for Bioshock Infinite. Apparently, these guys and gals aren’t just good at making games, they’re good at getting fans salivating for their wares as well.

The City in the Sky trailer, which can be seen below, takes you through just about everything you need to know about Bioshock Infinite. On the off chance that you weren’t already completely sold on this game due to its pedigree alone, Irrational is banking that this motion picture quality trailer will.

It seems to be working too, gaming forums and comments sections are showing an incredibly positive response to this latest montage of sights and sounds for the upcoming shooter.

Though there is a downside to this positive response. It’s making that wait until March 26th when Bioshock Infinite arrives on the Xbox 360, PlayStation 3, and PC, just a bit longer in the process.

Bioshock City in the Sky Trailer