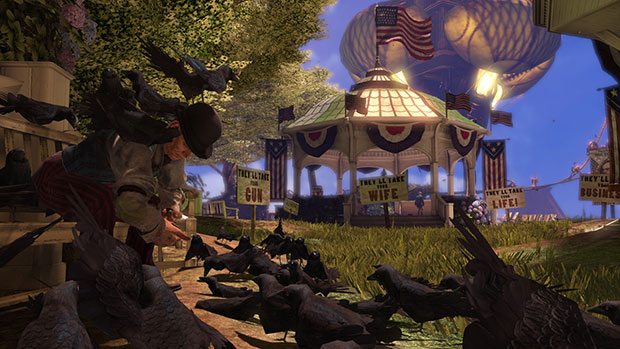 Can you believe it?  Bioshock Infinite is just over a month away and fans waiting patiently for details are about to get their fill.  To start the week off right, Irrational Games has released a new trailer called “Columbia: A Modern Day Icarus”.

This isn’t your run of the mill gameplay trailer either, this is a trailer that digs deeper into the back story for the game by aligning the fictional world of Columbia with real world history.   The trailer asks questions about the floating city, its leader, and why it ultimately went from pride of the United States to succession.

Other trailers from Irrational are due later this week, Bioshock Infinite is due out on March 26th.