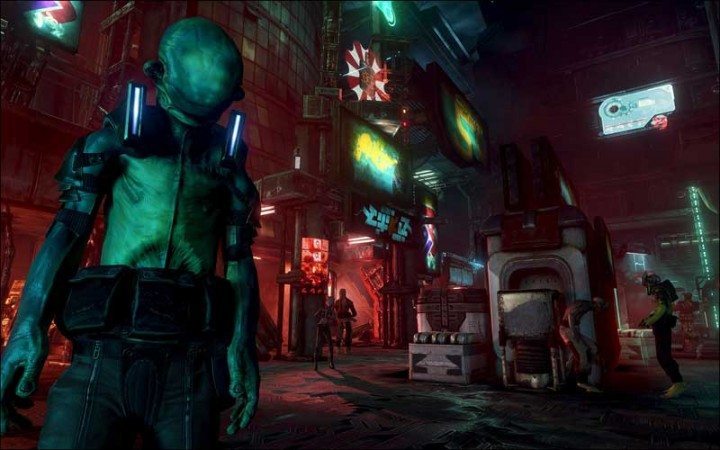 Killian Samuels tracks down an alien bounty in the CG trailer for Prey 2.  While the trailer might not be heavy on actual gameplay, it does give a glimpse at many of the features in the game. As an alien bouty hunter, Samuels will be tasked with tracking down his enemies in Prey 2.

As you can see from the video, Samuel has plenty of gadgets and abilities to get the job done.  Human Head describes the method by which Killian will take down many of his enemies is by way of the “agile combat” system.  This system is one where your character will use all of the weapons at his disposal to accomplish the task of capturing a bounty.  Sliding, Vaulting, Shooting, and using various other techniques to traverse the alien cities, and keep yourself alive.