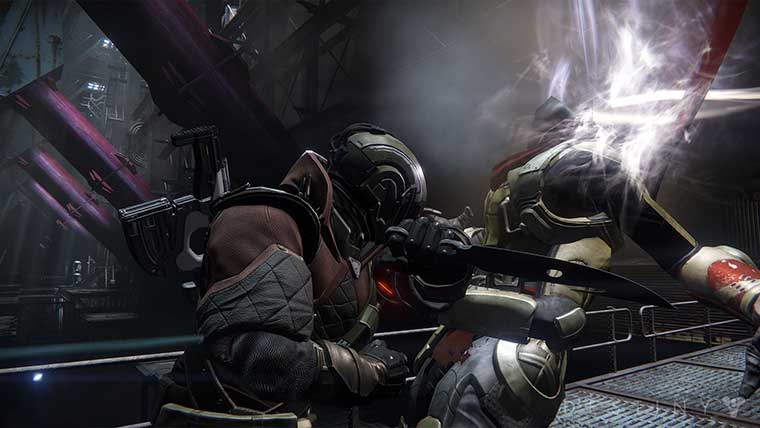 A group of Bungie artists recently sat down to discuss the gameplay reveal of Destiny.  The trio of developers discuss the intro, outro, and gameplay demo of the recently released footage from E3 2013.  Destiny impressed many harnessing the power of the PlayStation 4.

The video sees some color added to the moments that we already saw in the Destiny Gameplay reveal.  Real-time lighting and reflections are said to allow Destiny to do some very interesting things with the environments of the game that go far beyond what is possible on current-gen hardware.  They even take a few seconds to poke a little fun at the Call of Duty franchise pointing out their “Bird Simulator”, a feature where “birds will move out of the way and react if you walk up to them.”  A playful jab at Call of Duty:  Ghost’s enhanced fish AI.

The developer lead walkthrough doesn’t tread into uncharted territory when it comes to details about Destiny, but we’ll likely start hearing more and more about the shooter as we head towards the holidays, and Destiny’s impending early 2014 release window.  Destiny is slated to arrive on current and next-gen consoles, as well as PC.