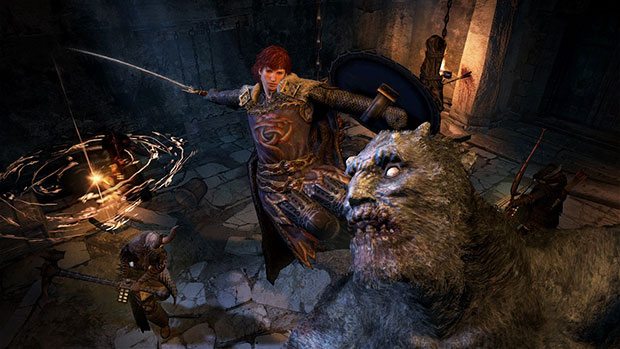 It’s been no secret that Capcom has more in-store for Dragon’s Dogma fans, but today they’ve taken the wraps off of Dragon’s Dogma: Dark Arisen. Scheduled to release on the Xbox 360 and PlayStation 3 on April 23rd, Drak Arisen is a stand-alone expansion for the original Dragon’s Dogma.

With Dark Arisen, players will get all of the content from the original game, as well as a brand new area, new missions, enemies, and more. Owners of the original game will be able to export their characters into the new content, and continue their journey in the expansion content. Progression for these characters will continue to higher levels, with new high-level skills, augmentations, and armor sets to earn.

Capcom says that they’ve taken fan feedback very seriously with Dark Arisen, and have made considerable changes to the game’s menu system and has made traveling easier. Look for the $40 Expansion to arrive in April.