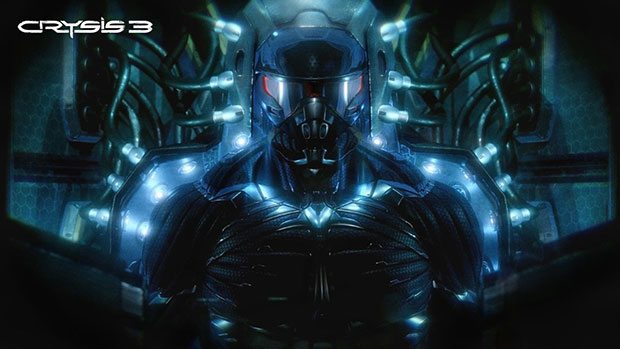 The Crysis 3 Multiplayer Beta is due to arrive on January 29th, and will feature two multiplayer game modes.  To get you ready for your time in the beta, Crytek has released a new video that details the Hunter Mode and Crash Site game modes.

Hunter Mode:  New to Crysis 3, this multiplayer game mode is all about survival of the fittest. There are two teams, initially comprised of two permanently cloaked “Hunters”, and up to fourteen CELL troopers awaiting extraction. Each trooper slain respawns on the Hunter team to prey on their former allies, building to a frenetic climax. If any of the troopers survive the round, the hunters lose. Whichever way you play, Hunter Mode delivers a heart-pounding test of strategy and survival.

Crash Site: Returning from Crysis 2, this multiplayer game mode offers a King of the Hill type of experience, only the hill is constantly moving. An Alien dropship deploys a pod at random around the map. Players on each team must remain near the dropped pod in order to capture the zone and accumulate points.  Each alien pod holds two shields players can utilize defensively as weapons. In addition, each Crash Site map will have a “Pinger”, a CEPH-constructed walking weapon of mass destruction.