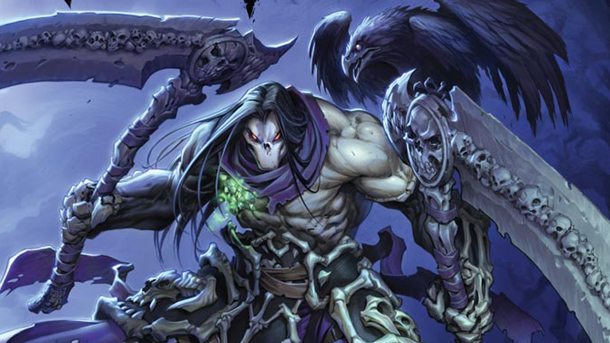 Darksiders II has been announced officially by THQ.  In it, you’ll be controlling a different horseman of the apocalypse this time around.  Instead of War, Darksiders II will feature Death.  The original Darksiders which was a game that felt like it toed the line between God of War and The Legend of Zelda was a cult classic when it released last year.  Expect more puzzles, beat ’em up action, and horse riding, undead horse riding.

Have a look at the trailer below, and stay tuned for more details.  Darksiders II made the cover of Game Informer and new intel should be inbound.