Destiny is very much a first person shooter…but

The latest news in the world of video games at Attack of the Fanboy
May 20th, 2014 by William Schwartz 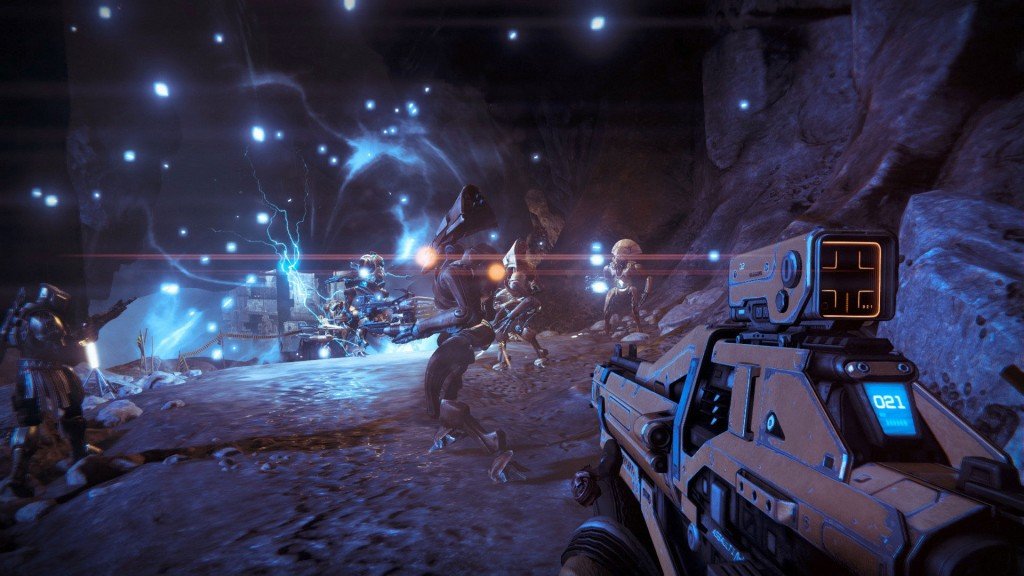 Bungie’s next game is mere months away at this point, and they’re opening the flood gates on information about Destiny.

Bungie has recently uploaded a new video for Destiny, detailing “Everything you need to Know”.

In the video Bungie reveals that there is much about Destiny that will be familiar. The tight gameplay that they made famous with Halo will be one of those familiar features of Destiny, but additional mobility like the element of verticality and other abilities for each class will be something new master.

Though the biggest differentiator in Destiny has to be the social events that have been shown over the last year. Points in the game where story paths cross between players for public events.

Destiny is due in September for the PlayStation 4, Xbox One, PlayStation 3, and Xbox 360.

Everything you need to know about Destiny

Home / Videos / Destiny is very much a first person shooter…but