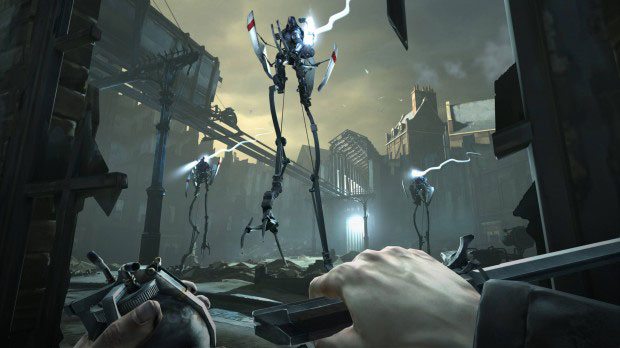 Just take one look at Dishonored and you can tell that a lot of thought was put into making the game stand out in a crowded first person genre.  So how did Arkane Studios come up with this beautiful and unique vision?  That’s where the latest developer diary for Dishonored steps in to fill any questions that you may have.

Titled Inception, the latest video speaks with the game directors, designers, and others responsible for the concept and creation of the title.  If you aren’t up to speed on Dishonored, it’s the story of a supernatural assassin, in a story fueled by the revenge he seeks.  The sandbox approach to tackling problems in Dishonored can lead to numerous outcomes based on the decisions that you make at any turn of a mission.

Dishonored is set to arrive on October 9th, 2012 on the Xbox 360, PlayStation 3, and PC from Arkane Studios and Bethesda.