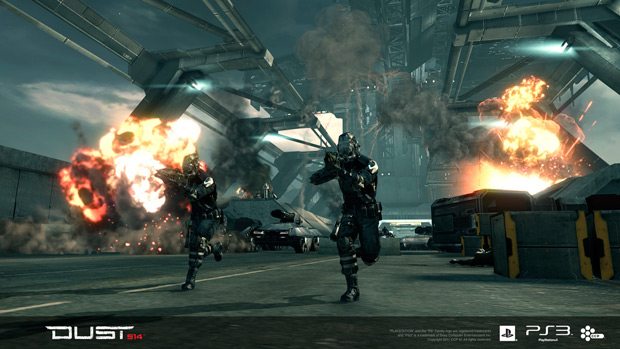 It was revealed at Sony’s press conference yesterday that the sci-fi FPS, Dust 514, will impact and be impacted by the PC MMO EVE Online. Dust 514 will reportedly emphasize the territorial control over planets and your performance will be constantly shifting the power balance on each world in the game’s universe. In turn, this will have a heavy effect on the pilots in EVE Online. Just as the presenter in the video pronounces, events in EVE Online can then “affect the make-up” of any world Dust 514 players will battle for. What made it cooler was the announcement that all expansion packs for the game would be free as they would supposedly be payed for by players spending real money in-game through the two games’ singular economy. You can check out the trailer for Dust 514 below: