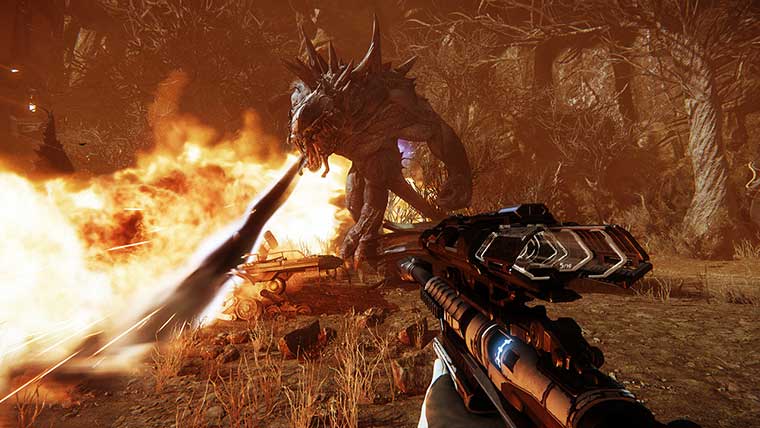 Turtle Rock Studios is looking to deliver a new take on cooperative and competitive online games with their upcoming title, Evolve. A new, lengthy gameplay video for Evolve has been released. Weighing in at around an hour’s worth of video (and esports style commentary), those that didn’t get out to the public demo at PAX East, this will be the most gameplay seen of the game.

You catch the 4v1 gameplay video that shows off the action from the perspective of all five players.