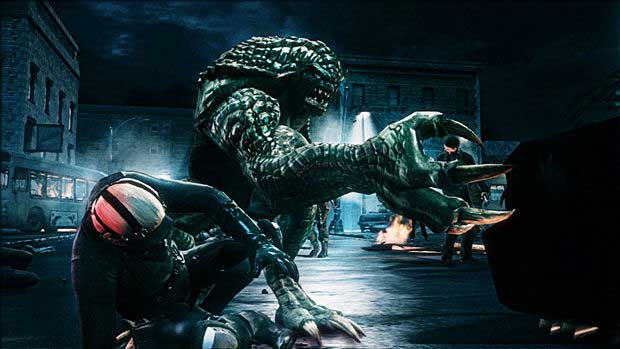 There’s a cover up afoot in Raccoon City.  As expected from any Resident Evil game, the lore behind the mysterious Umbrella Corporation and the fight to uncover the truth are front and center, eventhough this game is quite a departure from the traditional Resident Evil gameplay.

This squad based shooter takes place during the events of Resident Evil 2 and Resident Evil 3: Nemesis.  Members of the Umbrella Security Service will be tasked with destroying evidence of Umbrella’s illegal activities and the cause of the zombie outbreak.

Resident Evil: Operation Raccoon City releases in 2012.  Have a look at the cover up trailer below.