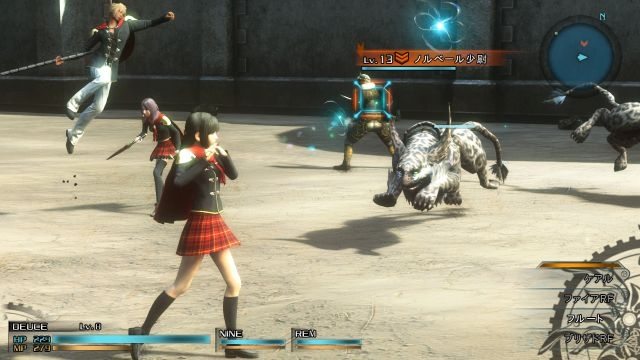 Famitsu has uploaded a video that takes a look at new gameplay footage from Final Fantasy Type-0 HD.

The first part of the video looks at Final Fantasy Type-0 HD, and how it compares to the original PSP version. The PS4 version of the game looks stunning. It could be one of the best HD remasters ever, since the changes that have been made are noticeable straight away. The PS4 version looks shinier, smoother and more beautiful.

Most of the footage from this Final Fantasy Type-0 HD video takes a tour of Vermillion Peristylium. This is the home base for the playable characters of the game. You also get a glimpse of the combat in the game too. The combat is fast paced and looks pretty cool. It’s much different to the old-school turn-based format from the older games in the series.

Another part of the video takes a look at a pretty dark cutscene that will be in Final Fantasy Type-0 HD. This game is the most “mature” of the franchise, and the scene in the video is proof of this.

The Final Fantasy Type-0 HD video is all in Japanese, but there is still a lot of new exciting footage to watch.