In Cologne at their Gamescom 2013 Briefing, EA showed off some “pre-alpha” footage from their latest licensed mixed martial arts fighter – EA Sports UFC which is due to arrive in 2014.

Running on the brand new Ignite engine and building on the already stellar realism from the Fight Night series and EA Sports’ 2010 MMA title, this is definitely a title for mixed martial arts fans and fighter fans alike to look forward to. “Precision movement” technology adds incredible realism and puts an end to the floaty and unbelievable movements so common in 3D fighters. Hyper-detailed models will deform to show the effects of every punch and kick.

The video shown featured UFC light heavyweights Jon “Bones” Jones and Alexander “The Mawler” Gustafsson who are due to meet soon in a title fight, as well as a surprise introduction from Bruce Buffer: “Veteran Voice of the Octagon.” 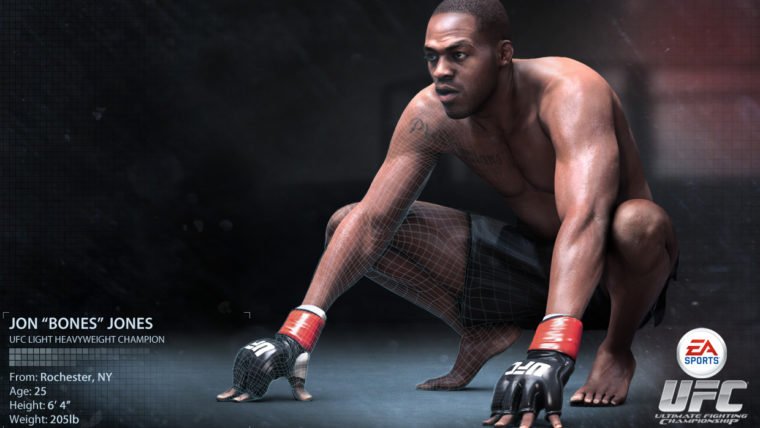 While a few short years ago the prospect of UFC president Dana White working with EA was less likely than Halo on a Playstation, I think everyone can agree that it is great to finally see EA Sports UFC come to fruition.

Even the EA Sports MMA franchise was thought to be dead in the water due to poor sales until THQ nosedived late last year and left the UFC licence hanging in the balance. Now with a fresh partnership between the UFC and EA fight fans now have the opportunity to get what they have always wanted, UFC licensed competitors in a fighter made with the care we have come to expect from the sports teams at EA.

Are you looking forward to EA Sports MMA? Do you lament the end of THQ’s UFC Undisputed series? Let us know what you think in the comments below.