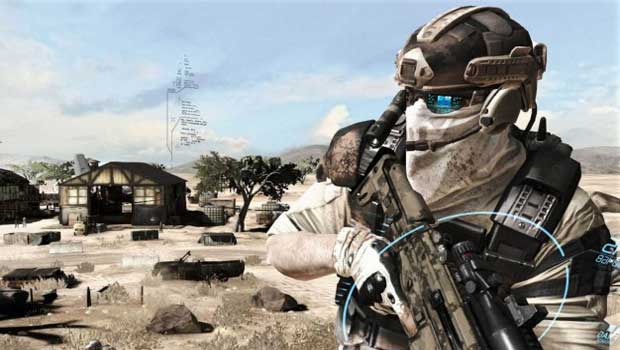 Ubisoft gave us our first taste of gameplay at this year’s E3 opening press conferences. Joel McHale was chomping at the bit to get his peepers on the latest installment in the Ghost Recon franchise and so were fans in the audience. The developers did not disappoint.

A trailer showcasing the new weapons of the future soldier came first showing us with the beauty that only CG can provide what’s to come in the next Ghost Recon. Shortly thereafter, the developers took us on a guided tour with pure gameplay which sealed the deal for fans who wondered if this Ghost Recon could live up to the level of greatness so many before it have reached.

Cloaking and Team work were on display and watching it you couldn’t help but see some of Splinter Cell’s influence as Ghosts moved from position to position undetected while under the cloak of camoflauge.

Grizzly details were apparent as most combat took place up close and personal and at one point doing the trailer a blood pool was seeping through the wooden deck above, where the man you just murdered bled out. In one word the game looked “Amazing” and this is one title to look forward to.