Ico and Shadow of the Colossus HD Trailer 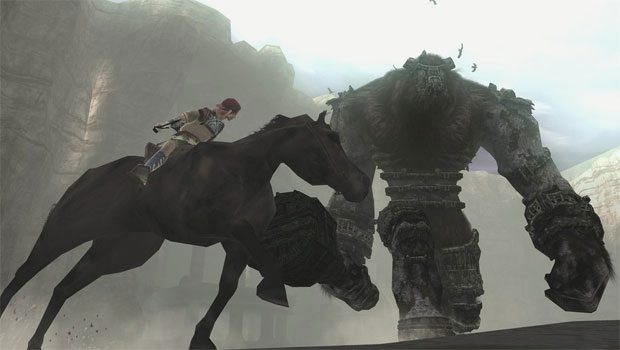 Though I generally disapprove of the constant remaking of most games and films, there are in certain instances those works which both deserve and need an update. Shadow of the Colossus, one of the first video games to truly be considered a  work of art due to its simple yet exquisite setting designs, immersive, original gameplay and deeply emotional journey that it engages players with, is one such title.

However, the game did have a frustrating camera that would re-center itself at the most inopportune times and at certain parts suffered from buggy framerate issues. Hopefully, the HD remake of the game will fix those issues that made the original just shy of being near perfect. Ico on the other hand was not as much of a commercial success, though it was critically acclaimed for its art and story elements and it had a strong influence on the development and production of Colossus.

The trailer for the HD bundle of these two games can be seen below and from the looks of it, battling colossi in high definition will be reason enough to go out and purchase this re-make.

PS4 Shadow of the Colossus videos
We're Looking For Contributors

Home / E3 / Ico and Shadow of the Colossus HD Trailer