Swedish developers DICE have detailed some of the ways ‘Levolution’ is going to affect players’ experience in the upcoming multiplayer blockbuster Battlefield 4.

Many players were unimpressed with the level of destruction in BF3, finding it largely cosmetic and unable to change the gameplay in a large way beyond knocking down the same few destruction-enabled buildings over and over again. This is set to change with the level of physics based ridiculousness being ratched up to 10 in DICE’s new shooter with the addition of ‘Levolution’. 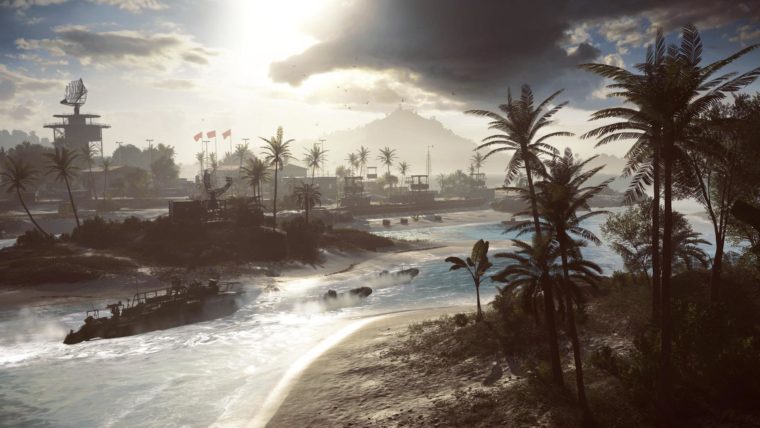 Switches can be used create barriers with storefront grilles and bollards. New paths can be established by well planned destruction. Car alarms and metal detectors will give away a player’s position if they do not move carefully around these obstacles. Indoor lighting can be deactivated to disorient enemies in the heat of a battle and dynamic weather can turn a tropical playground into a dangerous typhoon almost instantly.

Even more importantly, the larger set pieces in the game such as naval ships and towering skyscrapers (as shown in E3 gameplay) can be destroyed in level altering events which move combat into newly devastated and disaster-struck areas as a result.

Are you looking forward to Battlefield 4? Is ‘Levolution’ the answer to your destructive prayers? Let us know in the comments below.