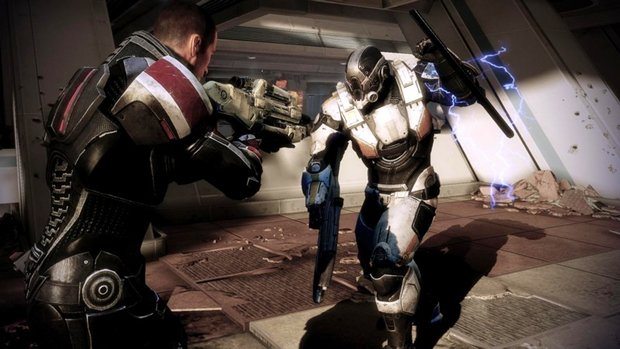 At last, BioWare has finally drawn back the curtain on one of the most highly-anticipated 2012 releases. Shown off at EA’s press conference earlier today, the first bit of Mass Effect 3 gameplay is now open to the public. From the looks of the demo, Shepard has a few new moves including the ability to combat roll and access to a new melee weapon called the “omni-blade.”

Also from the looks of the demo, it is going to be frustrating as hell trying to take down a Reaper. On a side note, any of the characters that appear in footage of the game in the ensuing days are obviously going to be featured in the new installment, so you may want to pay attention and re-visit the “Suicide Mission” in Mass Effect 2.