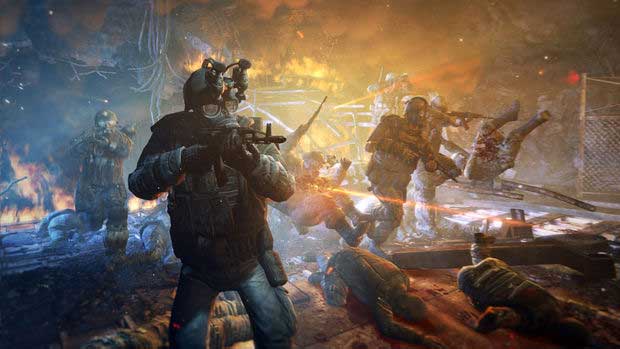 Despite lukewarm reviews, 4A Games has been given the green light for a Metro 2033 sequel.  Metro: Last Light, will pick up shortly after the events of Metro 2033.  The original game was full of bluntly awesome set piece moments, with a race to the finale that was a combination of interesting, weird, and awesome.  Being that the original was based on the novels by Dmitry Glukhovsky, Last Light will be removed from the books and will start down its own path.

Here’s what Danny Bilson of THQ had to say about the annoucement:

“We believe that Metro 2033 was a flawed masterpiece,” said Danny Bilson, EVP Core Games, THQ. ”It was a beautiful, original game that didn’t get the marketing support it needed. We won’t make that mistake with Metro: Last Light. This game improves on the original in every way – it will have more polish, deeper and more sophisticated gameplay, and satisfyingly visceral combat, without losing what our fans loved about the original. Metro: Last Light is another artful piece of game development from an Eastern European studio that will thrill and terrify anyone looking for a more cerebral experience than your typical first person shooter.”

The next game is said to offer many improvements over the original. Stealth mechanics, destruction, and great set-piece moments are all things that 4A has been showcasing about this next title. Metro: Last Light doesn’t have an official release date as of yet, but further details about Last Light will most certainly be coming in from E3 within the next week.

The first screenshots and trailer have been included below.