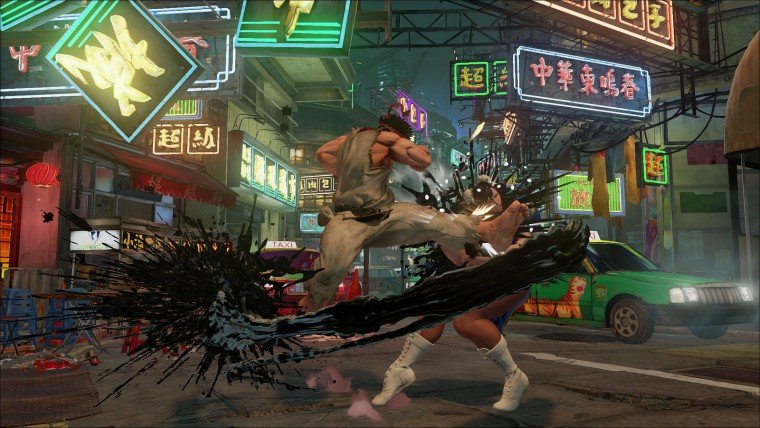 During the Capcom Cup 2014, we got our first extensive look at the gameplay in Street Fighter V, and it is looking amazing.

The gameplay for Street Fighter V was shown on Twitch during the Capcom Cup 2014 event. Two matches were played as the gamers were being Chun Li and Ryu. It was the same level that was shown during the first trailer for the game.

Looking at the footage, Street Fighter V does introduce some new gameplay elements. The biggest change is something called the “Revenge Meter”. Revenge is earned every time you get hit. When that bars fills up, you can then unleash your ultra move. There is also an EX meter at the bottom. This looks like you can enhance your special moves.

As for Ryu in Street Fighter V, I didn’t notice much difference in him. He still has his classic moves that we all know and love. Chun Li has some cool new kicks and moves. The commentators mentioned it looked like she is no longer a “charge-back” kind of character. This means she might be easier to control in the new game.

The most humorous moment in the Street Fighter V gameplay was when Ryu did a super hadoken on Chun Li that sent her to the kitchen. When she was there, a bowl of soup landed on her head. When she recovered to fight back, she was actually still wearing the bowl of soup on her head.

Update: This shows the game running at 1080p and 60fps. It also teases at the end that Charlie will be in the game.