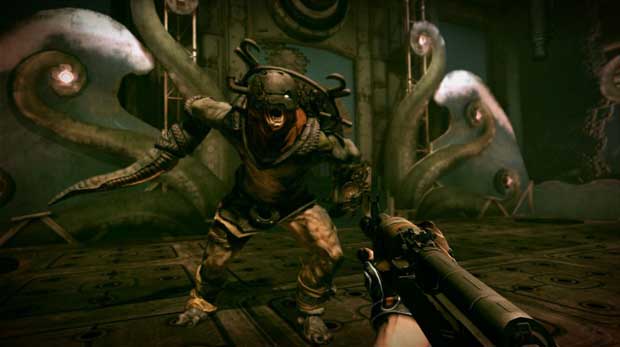 The latest from Bethesda and Id takes you to The Well. As the town of Wellspring is being terrorized by clan of bandits, threatening to poison the town’s water supply, you must infilitrate the well and stop them.

RAGE is a first person shooter set in the not too distant future where an asteroid collision with Earth, has left a destitute civilization behind. As you discover this wasteland you’ll find society looking to rebuild itself in the wake of the devastation, while fighting against gangs of bandits, mutants, and an oppressive government regime. While we don’t see it in this video, RAGE does also feature intense vehicular combat as one of the main gameplay elements.

Most importantly, RAGE is powered by Id Software’s brand new Id Tech 5 Game Engine. It’s what makes the trailer so pretty. Look for more in the coming week as RAGE struts its stuff in nearly finished form at E3.