The latest news in the world of video games at Attack of the Fanboy
January 18th, 2013 by William Schwartz 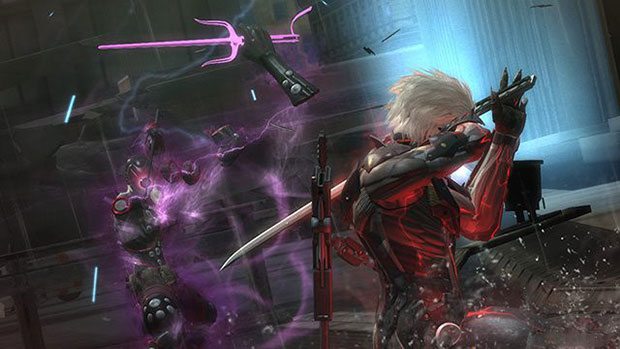 Next month Metal Gear fans will finally get their hands on Metal Gear Rising: Revengeance.  Staring Raiden from previous games, this hack-and-slash title will have players slicing through enemy lines instead of sneaking by them as in previous games.  However, Raiden wasn’t Hideo Kojima’s first choice as the lead character for Revengeance.  In a recent interview with IGN, Kojima reveals that he was thinking along the lines of other characters in the franchise, before younger members of his development team swayed his decision.

Kojima explained in the recent interview: “It was actually not my idea, it was my staff in Kojima Productions that insisted on Raiden, and I respected their idea. I wanted to really focus on production than development, and they wanted to come up with a really cool hack-and-slash title with some Katana action and Raiden in it, and I thought ‘okay, that’s fine, I respect that’.

But in my personal opinion, I wanted to go for Frank Jaegar or Gray Fox. But if we had gone with that, I would have had to write the script and then be really committed to creating the game. I want to pass game development to the younger generation in my team, and have been trying to do so for quite some time. Before I never could give complete responsibilities for other games, but for Revengeance, they are fully in control. Besides, if I had created the game and directed it, it wouldn’t have been this game. I am very happy to see the growth in my team and how they have developed such an incredible game.”

Konami has yet to reveal if any other characters will be found in Metal Gear Rising, but its likely that we’ll see at least some sort of DLC for such a high profile title from Kojima and company.  Metal Gear Rising: Revengeance is slated to arrive in early February, with a demo set to hit the Xbox Live and PlayStation Networks on January 22nd.

Konami Japan also released a brand-new gameplay trailer for Rising, which can be found below.