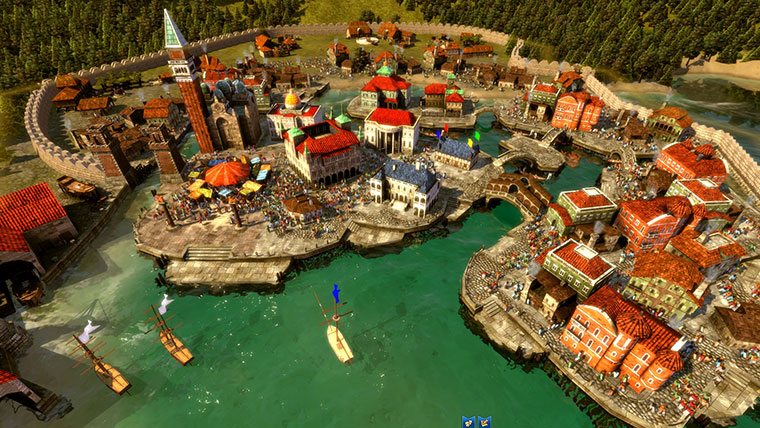 At first glance, Rise of Venice seems to be some sort of amalgamation of features from the Total War campaign maps and the grand strategy games you will find from Paradox Interactive like Europa Universalis or Crusader Kings. However, it seems what Rise of Venice is shaping to be is a new take by Kalypso Media on the Patrician series (which they also own the licenses for).

Gameplay seems to revolve around ships as you try to make your way up the ranks in Renaissance Venetian society as a merchant with your own trade fleets as you build your own trading empire. It’s not just all economic/trading simulations though, there are promises of furious naval battles and political and family intrigue. Also, the game world looks quite appealing with the cities and mini people milling about in them.

Rise of Venice is slated to come out Fall of 2013, exclusively on PC.

Does Rise of Venice appeal to you? Leave a comment below!