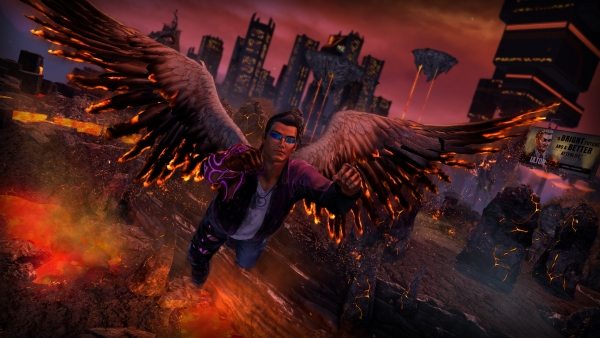 Digital Foundry has made a video looking at Saints Row IV on both the PS3 and PS4.

The graphics comparison video looks at the gameplay and cutscenes for both the PS3 and PS4 versions of Saints Row IV. The game came out way back in 2013, but is being re-released with lots of new content for PS4 and Xbox One owners.

The PS3 version of Saints Row IV looks inferior to the PS4 version. In the cutscenes, you can see a lot more screen tearing. Not to mention the backgrounds are more blurry and not as detailed.

On the PS4 version of Saints Row IV, the screen tearing is non-existent. The overall graphics are sharper and smoother than on the PS3.

That being said, Saints Row IV on the PS4 isn’t that big of a leap in terms of overall graphics. Aside from the things I mentioned above, the graphics aren’t that much different from the PS3 version.

If you already own Saints Row IV on PS3, you can look at the video to see if it’s worth upgrading to the PS4. Remember to change the setting to 720p or 1080p to see the best results.