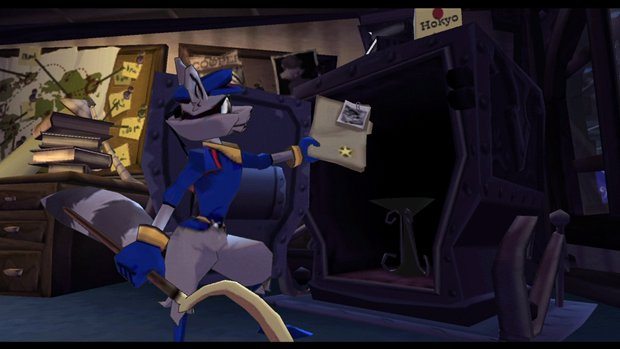 I’m a big fan of the Sly Cooper series and after watching this gameplay video I’m happy to say that the developers have stayed true to the art design that made the previous games what they were. The graphics are definitely touched up a bit more for the PS3, but thankfully the colorful environments and saturated colors that characterize the Sly Cooper universe are still there.

Another element that’s clearly still there are the epic boss battles which no Sly Cooper game is complete without and those too, have been kicked up a notch for Thieves In Time. Watch Sly do battle with El Jefe below: