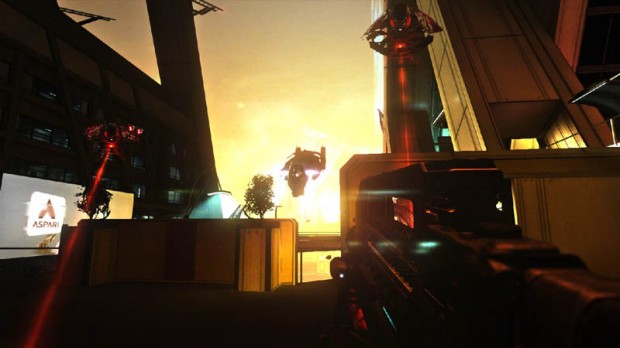 We know that Starbreeze will be releasing Syndicate this February for the Xbox 360, PlayStation 3, and PC.  Now see the game in action as the first gameplay goes live via You Tube.  The remake of the 1993 classic title is definitely taking a more modern approach to the gameplay and returning as a first person shooter.  But fans of the franchise will recognize many of the weapons and environments from the game which released nearly two decades ago.

Syndicate will feature a fully fleshed out single player campaign, as well as deep four player cooperative mode that features further content from the original title.  Starbreeze, the developer on duty is reponsible for some notable shooters of this generation which include The Chronicles of Riddick: Assasult on Dark Athena and The Darkness.

The video below is the first look at the upcoming shooter in motion, as well as the first official screenshots below.  Syndicate releases February 21st 2012.