The Elder Scrolls V: Skyrim Gameplay Will Have You Drooling 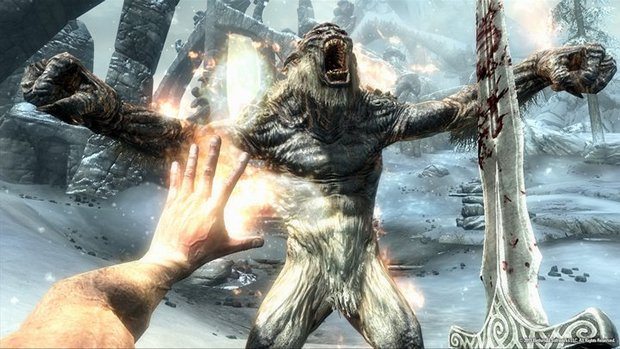 Over the past few weeks, we’ve been posting screenshot after screenshot of the new installment in the Elder Scrolls series and with each one, we feel that the patience of gamers waiting for that 11-11-11 release date is growing increasingly thin. To some, this gameplay video with game director Todd Howard will be very painful to watch, but only in the sense that you will be aching to play this game after those 7 minutes are through. If you saw the cinematic trailer for Ryse, the upcoming Kinect title, you were most likely thinking that the actual gameplay will not even be a fraction of what you were watching (or at least I was thinking that).

Well, this combat footage from Skyrim is unbelievably close. The environments and different settings you’ll encounter in this game will be second to none whether it’s scaling a mountain during a wintery storm or navigating a damp cave lit only through the orange hues of small fires. I don’t think there’s any doubt that encountering your first dragon in this game will be a jaw-dropping, “WTF” type moment. Judging from the video, the rendering and seamless reactions of those creatures would make Gandalf run for the hills. We’ll have a more in-depth preview of this spectacular-looking game after E3.

Home / E3 / The Elder Scrolls V: Skyrim Gameplay Will Have You Drooling