The Factions of Bioshock: Infinite Explained 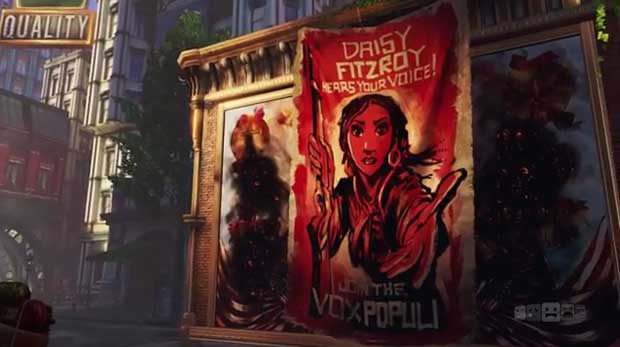 In Bioshock Infinite, the city of Columbia was built by the United States government as a sort of World’s Fair, but its inhabitants became conflicted among themselves.  The founders, which were led by Comstock who came to power in the floating city is at conflict with the Vox Populi and have things have become increasingly tense.

In this latest video, Bioshock: Infinite creator Ken Levine describes this conflict and reveals never before seen gameplay from the upcoming shooter. Bioshock: Infinite, which was on display at this year’s E3 2011, is due out sometime in 2012.