Wii U Tech Demos In Action 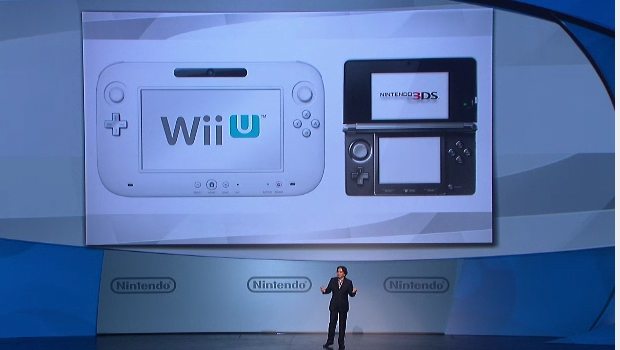 I didn’t think it was possible, but the Wii U may just be able to compete with the likes of Dance Central in making players look like morons. Nintendo doesn’t have a single developed game for the Wii U on show, but they do have a couple of tech demos to display the console’s abilities. Some of the employees at IGN were given a taste of the new system and we have those videos for you here, one of which will undoubtedly embarrass prospective players.

The first of the demos is called “Shield Pose” where players must use the Wii U controller to guard themselves from virtual pirate arrows. As the arrows draw near, you swing the controller up to guard yourself and then have to shake the arrows off by swinging it back down. That’s not the part that will humiliate you. It’s the fact that you have to do this while following a musical rhythm.

The other demo, “Battle Mii”, looks pretty darn fun and certainly much less awkward. With 3 players taking part, one of the players (using the Wii U controller) will pilot a ship as he/she tries to hunt down the other two players who are playing from the TV (using Wii remotes). As the presenter mentions, this type of gameplay would be absolutely perfect for the Star Fox series which was exactly what I had in mind while watching. There you go Nintendo. Since you’re apparently short on Wii U games, there’s your first idea.