The latest news in the world of video games at Attack of the Fanboy
September 8th, 2013 by William Schwartz 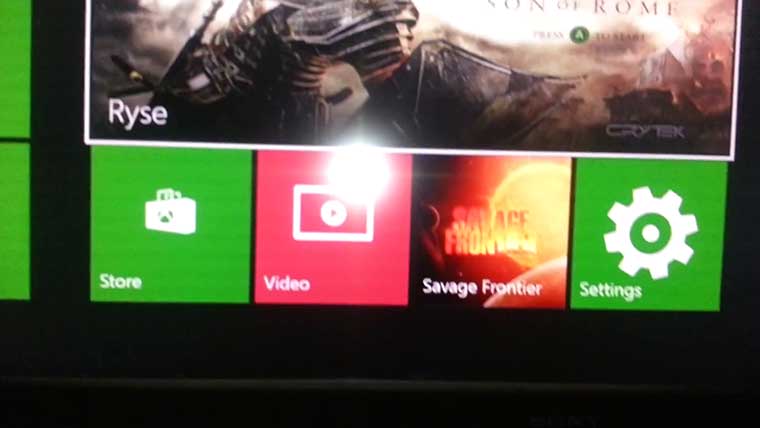 It looks the Xbox One Beta has sprung a leak. A new video that hit YouTube earlier today details the new console, dashboard, and a little gameplay from Ryse. The brief video claims to be showing the beta software for Xbox Live, and what is presumably the final hardware of the Xbox One.

The user interface does look like its as fast and responsive as Microsoft has been touting, but the leaker does say that he’s experienced sluggishness in the beta software. The video also shows some of the seamless transition feature that the Xbox One has. It allows you to switch between the dashboard and playing a game with very little time inbetween. It looked like Ryse loaded up instantly in the video.

The dashboard looks like what we’ve been seeing from Windows lately. It looks nearly identical to what we’ve seen from Windows 8 and the Metro theme that Microsoft has been using for years on the Xbox 360.