GameStop Is Impressed With The Xbox Scorpio 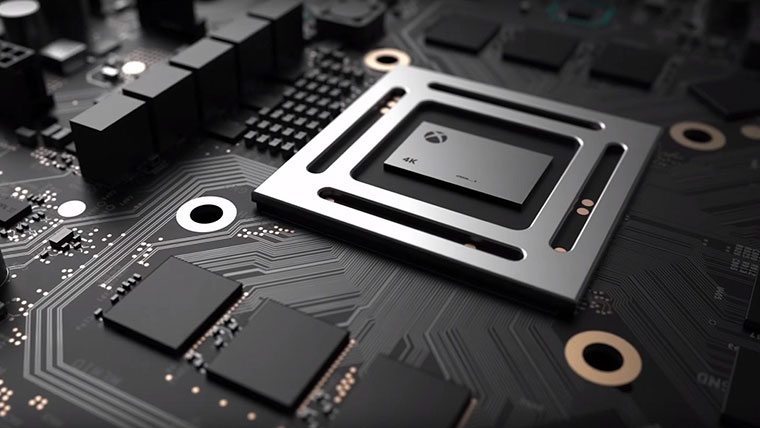 GameStop has certainly not had the best last few days, with reports of declining sales and their announcement that they were closing up to 150 stores nationwide as we told you about yesterday. This news all came after the reveal of their Q4 2016 fiscal year results that were released alongside an earnings conference call which talked about the future as well, including some interesting mention of the Xbox Scorpio.

Used systems and games are obviously the focus for GameStop, but they also sell a lot of new products as well. The Nintendo Switch is already said to have been a big success for GameStop with its launch earlier this month and the other big console that is supposed to arrive this year is the Xbox Scorpio, which GameStop seems to have some high hopes in.

Courtesy of Seeking Alpha, the entire earnings call has been transcribed and released, in which GameStop CEO Paul Raines first mentioned that they have “very strong cards to play in Nintendo Switch, Sony VR and Microsoft Scorpio.” Eventually, GameStop COO Tony Bartel came on and said that they were “impressed” by the Scorpio, though he wasn’t able to go into much detail.

“Unfortunately we can’t talk about a lot other than what’s known what is in public is — they are a very powerful system that’s really made for 4K and we see it has a very gaming centric, very, very powerful unit and so we do believe that there will be a significant some great games that are made for this and we do believe that game stuff is poised significantly over shared in this launch when it happens.”

The Xbox Scorpio is definitely an unknown entity at this point, because we really have no idea how much they are going to charge for the system yet and that will largely affect the number of people buying it. We expect it to be more of a premium console based on talk in the past, so hopefully Microsoft will reveal some of those details soon.

Home / Xbox / GameStop Is Impressed With The Xbox Scorpio