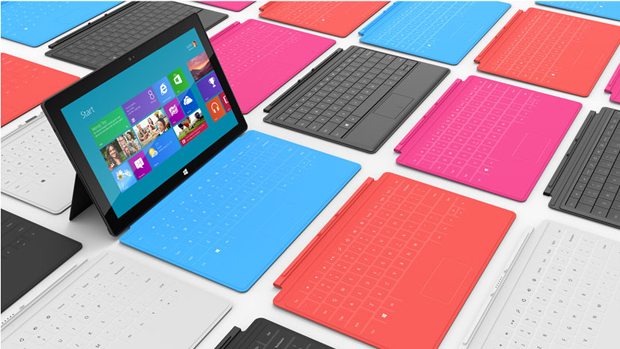 At a mysterious unveiling in Hollywood, CA, Microsoft announced that they will be entering the tablet hardware market with “Surface”.  Surface is a tablet that fuses the Windows 8 Operating System with a hardware set that was designed specifically for the tablet.

Early specs coming out of the conference put the tablet at 9.3mm with a full size USB 2 port.  The tablet has beveled edges at 22 degrees, which is set in a magnesium casing weighing 1.5 lbs.  The 10.6 inch display can access all Windows apps, music, movies, and “more”.