Batman: Arkham Knight GCPD Lockdown DLC Impressions – Is It Worth It? 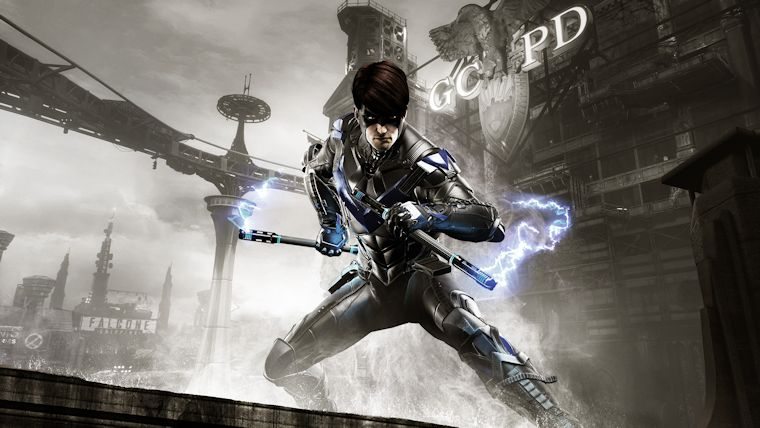 Batman: Arkham Knight released back in June and has received a good bit of DLC since that time, which has come as part of the game’s season pass. We enjoyed the Batgirl DLC back in July, but saw it as too short to be a cornerstone of the DLC. Since that time, we’ve had a number of small DLC like Batmobile missions skins, but the just released GCPD Lockdown is the first real story DLC since then. As a result, the big question is, is it worth the money, either as part of the season pass or by itself?

During Batman: Arkham Knight, the game gave players the chance to play as a few other characters like Catwoman and Catwoman in dual-player combat, but arguably the most exciting for players was the ability to use Nightwing. However, it was disappointing how little we really got to use of him, making this DLC all the more enticing, as Nightwing is out to stop Penguin from escaping.

The DLC starts with Nightwing in his hometown of Bludhaven inside a warehouse, where he must solve a quick puzzle by powering up generators to open the shutter on the floor, just so you can go down and beat down a group of enemies. This is super simple and won’t take more than a few minutes.

You have very limited weapons in your arsenal, especially compared to the later game in Batman: Arkham Knight, with your escrima sticks as your method of fighting. You also have a few others, but they really aren’t needed much outside of needed to power the generators at the start, or to take down electrified enemies, which comes later. Nightwing does play well here, but it would have been good to see him more fleshed out.

After the opening fight, you return to Gotham City and start off with a quick fight on the roof of a building. There is one brute here, but it is really quick. After this, you will thrust into a predator style mission, where you must take down enemies across multiple floors.

This is a little more involved, as there are 12 armed enemies, with even one gunner and a few flamethrower enemies. However, this is still really easy, with tons of grates to hide in and the only hard part being the navigating between floors without being seen.

The last section takes place on the roof again with more enemies, including two brutes, two swordsman, and an electrified enemy. This may take a few tries, but Lucius helps out with a few stage based traps to take down enemies.

After this final fight, you will come across Penguin and return him to GCPD. In total, this DLC really shouldn’t take you but about 15 minutes, making it pretty disappointing overall. The good thing is that it only costs $1.99 by itself, but it just feels very lackluster as what should be a major part of the Batman: Arkham Knight DLC.

While there have been plenty of small DLC packs, the Season Pass is kind of feeling like a big disappointment at this point. There is still the Catwomen DLC coming next month, but it likely won’t be any longer than this. If they wanted to really add something, they should have made it to where you could use Nightwing in more parts of the game, but instead we get a less than 15 minute mission that really doesn’t even have much story to it.

Overall, the GCPD Lockdown story pack DLC for Batman: Arkham Knight is probably worth it for $1.99, considering Nightwing is fun to play as for the short time, but there is so much lost potential here that it’s far from a must play addition to the game.