Call of Duty WWII: A Return to Form?

The latest news in the world of video games at Attack of the Fanboy
August 28th, 2017 by William Schwartz 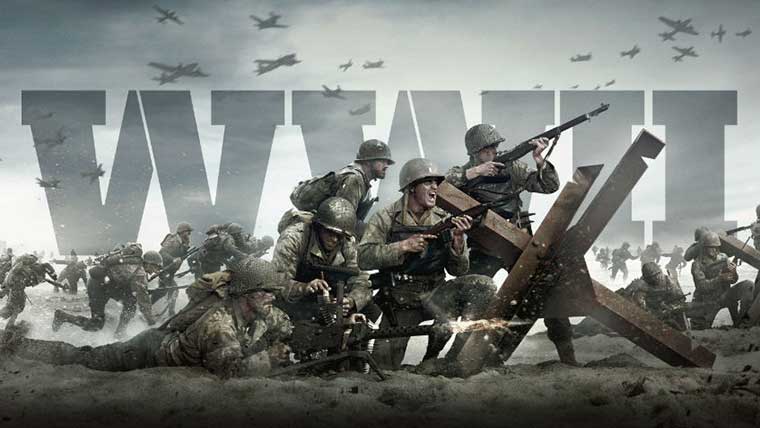 Call of Duty is undoubtedly still one of the biggest franchises in gaming.  This year’s game, Call of Duty WWII is billed as a return to form for the series.  It’s a spot where Sledgehammer Games, developers of Call of Duty: Advanced Warfare & Call of Duty: Modern Warfare 3, take their third crack at the franchise.  It’s also a year where they cast aside the movement mechanics that changed the game considerably over the past few years.  A private beta is currently going on for Call of Duty WWII, and three of our critics have gotten a chance to put some time into the multiplayer portion of the game and have offered up their opinions on where they stand on the franchise.

Call of Duty: WW2 impressed me so much at E3 that I named it one of the best games of the show. It demoed so perfectly, with players tossed together into a Team Deathmatch and War battle that lasted over 30 minutes. Yet when the time was up I wanted more. I finally got some more with the Private Beta, and I’m still quite impressed with what Sledgehammer has done here, though I didn’t come away as excited this time around.

There’s nothing at all wrong with the Call of Duty: WW2 beta, it just showed that this game is achieving all its goals. It is a classically styled COD experience, bringing the series back to WW2 and the boots-on-the-ground action that made it famous over a decade ago. But it also still is COD for all its strengths and flaws. The action is intense, the time-to-kill is short, and players can lone wolf it quite a bit, which is both good and bad.

I wonder if the game would present enjoyment over the long term.

I loved the game, and had a wonderful time with the beta. Team Deathmatch and the other returning modes were fun, but my favorite is the new War mode. This isn’t the first time we’ve seen a shooter do a progression of goals, but it works well here, and I found myself coming back to it the most. It does present a larger balancing challenge, and many matches were totally one sided, but that could come down to the players not know what to do.

Overall the Call of Duty: WW2 showed that my initial impressions weren’t a fluke; the game is great. It returns the series to its roots while keeping what’s worked so well so far. However, as someone who hasn’t been truly compelled by a Call of Duty game in quite a while, I’m not quite sure if this will be enough to bring me back full time. As I dug into the unlocks and tailored my character, I wondered if the game would present enough enjoyment over the long term. I hope so, and it’s looking good so far, but I’m not totally on board with WW2 just yet.

The guns on offer are give a satisfying experience across all Divisions, with the SMG detachable suppressor perk being my favourite. The new War mode delivers a fresh experience that would feel more at home in Battlefield 1, albeit on a smaller scale. This is not to say that WWII has lost touch with it’s core run and gun mechanics though, as that component is joyously ever-present in the Beta.

The core run and gun mechanics are joyously ever-present

The in-game cutscenes add a gravitas to the series’ historically story-lite multiplayer that is genuinely nice to see before heading out to slaughter your opponents. Over a longer term I can see the new War mode becoming samey for some players, but the series staple modes hold up well with WWII’s gameplay, keeping up a varied experience over the hours I played on the Mosh Pit playlist.

Just from the three maps and handful of game modes on offer, I’m ready for more of the action in WWII – here’s hoping Sledgehammer delivers that in November.

Infinite Warfare is the first Call of Duty game I haven’t spent a ton of time playing.  I think, alongside the broader community for the game, that it was a poor showing for the series that allowed players that may have been getting a little fatigued an easy reason to opt-out.  As the title of this article asks, is Call of Duty WWII a return to form for the series?  I think the answer is yes, from what we’ve seen in the beta, for better or worse.

The thing about Call of Duty is that we usually know what to expect on a yearly basis.  Despite seeing some pretty drastic changes from last year, WWII still feels familiar. It’s fun and fast gameplay in all of the multiplayer modes.  There’s a level of gameplay, visual, and audio quality that you’ve come to expect from the series and Sledgehammer doesn’t break that trend here despite heading back to the franchise roots.  So is WWII just more Call of Duty with a shiny new coat of paint?  I think that answer is yes too.

It’s hard to argue that Call of Duty has ever looked better.

Classes have been changed, guns tweaked, settings moved, but the movement mechanics that were introduced by Sledgehammer Games with Advanced Warfare changed the gameplay a lot.   Putting players back on the ground changes the way that players play Call of Duty, massively.  Multiplayer once again feels like you’re playing the angles, and trying to establish good lines of sight, combined with the same great core gunplay in the series.  It’s a welcome return.

Alongside this return to more traditional movement mechanics, the maps have obviously been designed for this type of play.  The three on display here showed a great deal of variety in terms of their structure, and visual palette.  Assuming that little will change from the beta to the final release, it’s hard to argue that Call of Duty has ever looked better.  The visuals, effects, and sounds found in multiplayer all intensify the fighting experience.

Some interesting tweaks to the Call of Duty formula include a reworking of the end of round highlight replay.  Instead of the last kill getting shown, it’s now an Overwatch style play of the game sort of thing, which highlights an exceptional play of the match, regardless of whether it was on the winning or losing team.  The modes that are included in the beta are mostly familiar, except for War.

I’m uncertain whether this new mode will draw fans to it, or not.  It seems a little bit unbalanced, though in theory it’s a small scale version of Battlefield’s Rush mode, with varying objectives.  It’s quite possibly the biggest change to a core multiplayer mode we’ve seen in a Call of Duty game in many years.  Even in the beta though there’s still plenty to explore and the core game promises to have more.

While these thoughts come from the beta, we’ll have to wait and see if the full game actually does end up being a return to form for Call of Duty as a series, and can bring new players into the fold while continuing to please their massive fanbase.