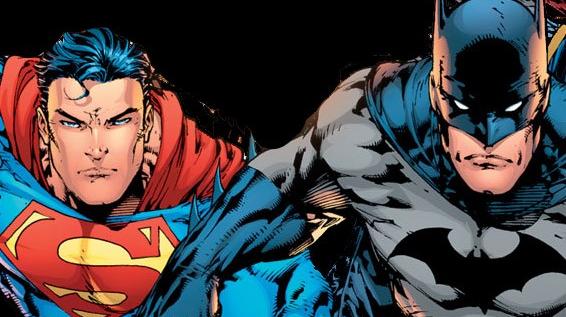 Before Zack Snyder’s Batman v Superman: Dawn of Justice releases in cinemas in 2016, there was a Batman vs Superman movie script floating around over a decade ago.

After the failure of Batman and Robin in 1997, Warner Bros. had many plans to revive both Batman and Superman franchises. In 2002 or 2003, a script was being written for a Batman vs Superman movie. As we know now, the movie never happened. If it did happen, it would have been one of the weirdest stories ever put to screen.

This Batman vs Superman movie script finally leaked online in 2013. I never stumbled across it until this week when YouTube’s “MrSundayMovies” animated a part of the movie in hilarious fashion.

MrSundayMovies is set to release another video soon, that shows the ending of the movie. Before that, let’s summarize the first part of this cancelled Batman vs Superman movie that never materialized.

In this Batman vs Superman movie, Batman has retired and is no longer fighting crime at the start of the movie. He’s 5 years removed from crime fighting and has become depressed. Commissioner Gordon, Robin, Alfred and even The Joker have all died.

Superman in this Batman vs Superman movie is down on the dumps too. He married Lois Lane, but now they’re divorced for some reason.

However, Batman’s (more specifically Bruce Wayne’s) life is starting to get better. He meets a woman by the name of Elizabeth Miller and he marries her. On the honeymoon, Miller gets stung by a Joker bee and is injected with poison. She dies, so Batman returns to find out how Joker came back even though he’s thought to have been dead.

Batman wants revenge really bad and is going to disobey his own rule of not killing anybody. Superman confronts him and tells Batman not to kill anybody. Batman pretty much fobs Superman off saying he’s an alien and does feel real emotion like humans do.

Moving along, Batman confronts “The Joker” and a few of his henchmen. Because Batman is rusty, Joker and the henchmen defeat Batman. They don’t kill him though.

After his defeat, Batman somehow goes off to steal Kryptonite. It’s almost as if he knows he will be facing Superman in a fight. After all, this movie was to be simply called Batman vs Superman.

Moving on, it’s revealed in this weird Batman vs Superman movie that Lex Luthor is in prison. However, he knew years ago that Bruce Wayne is Batman. Luthor is the one that has cloned The Joker. Technically, The Joker is dead but his clone is still alive. Batman doesn’t know this yet though.

For some reason, Luthor purposely cloned The Joker to get Batman out of retirement. Luthor wants Batman back so that Batman could be the one to finally defeat Superman once and for all.

This is where the video stops. Part two will be uploaded sometime very soon. You can watch the video below. Anyway, do you think this Batman vs Superman story sounded interesting or weird?